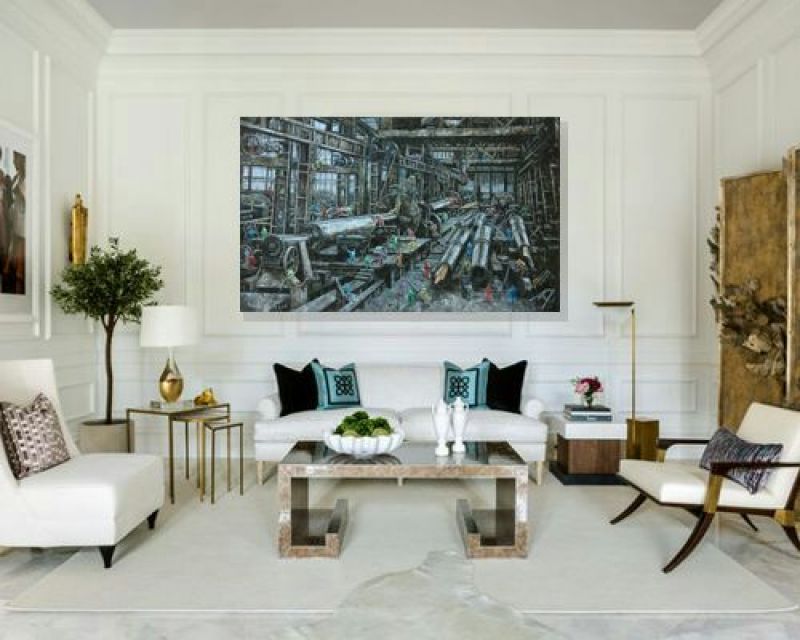 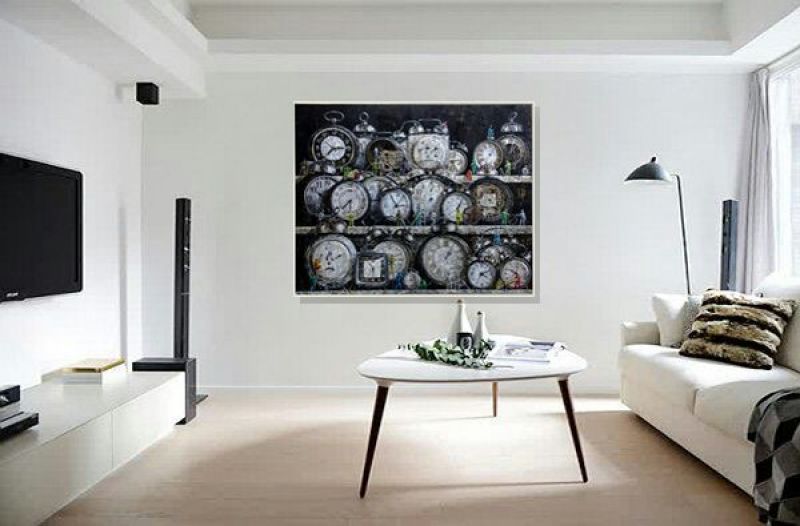 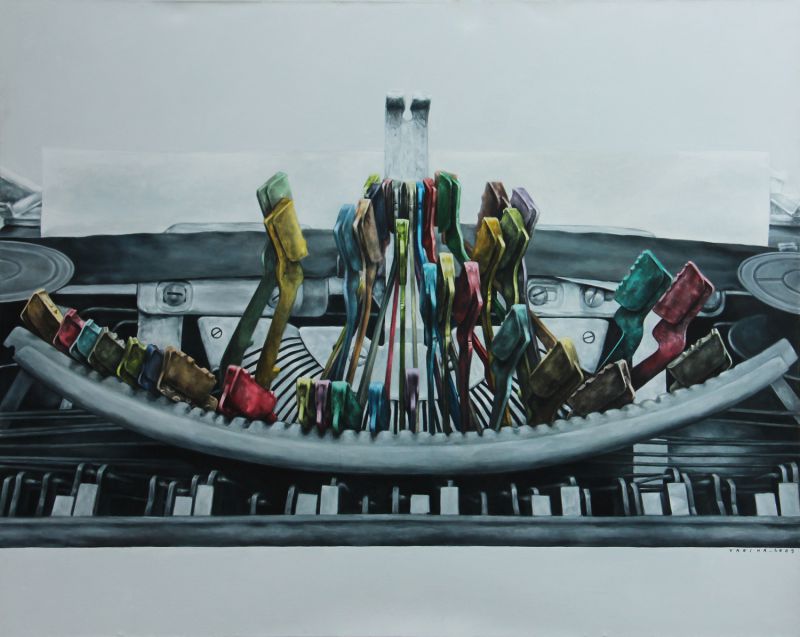 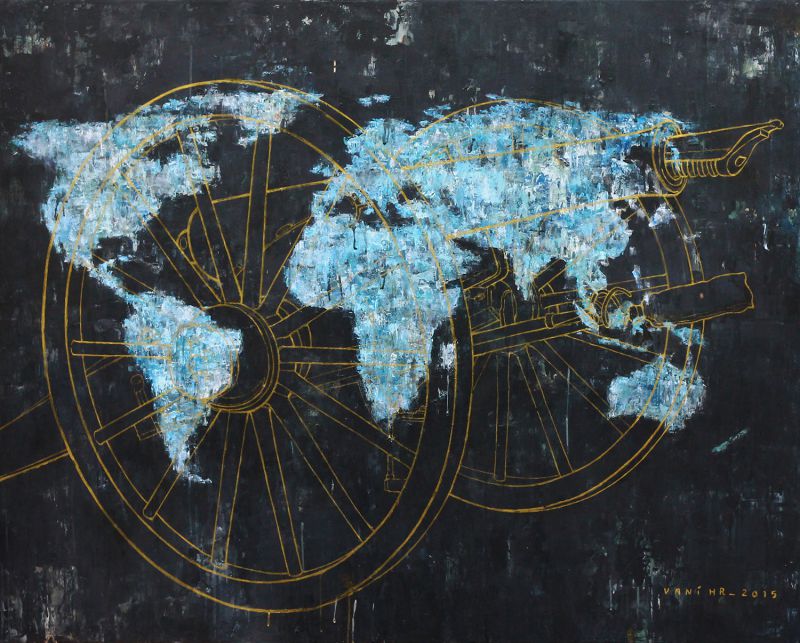 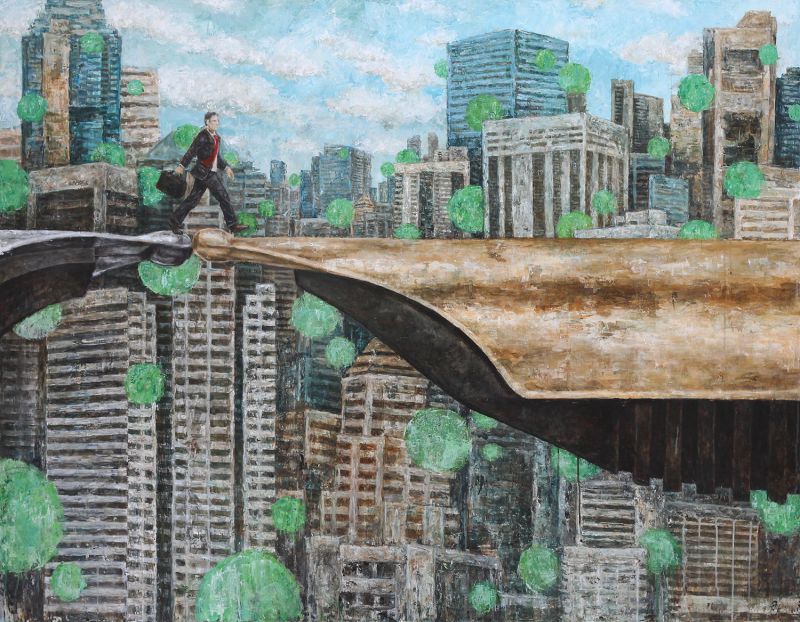 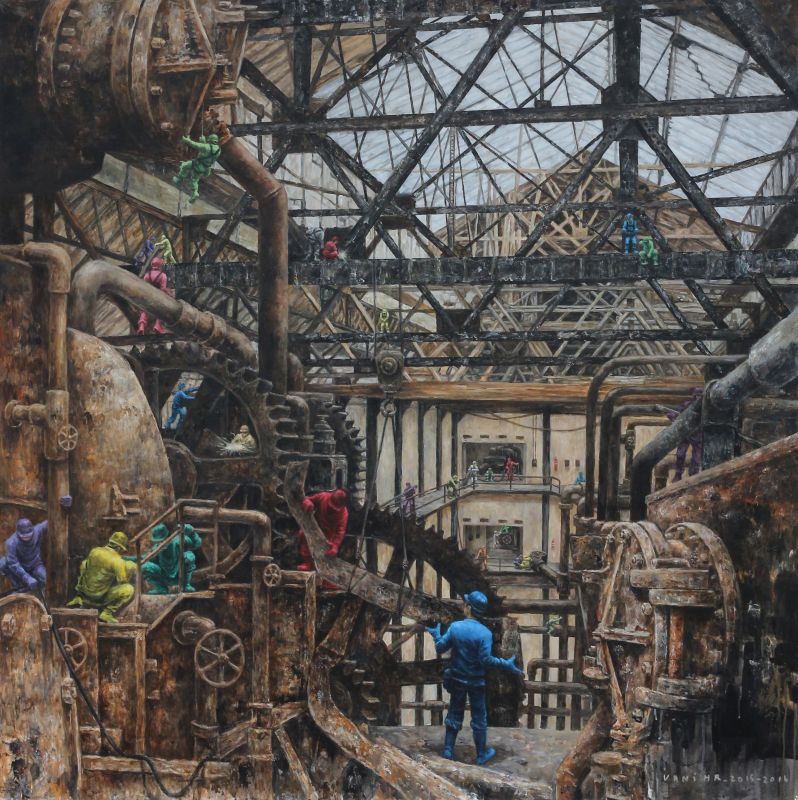 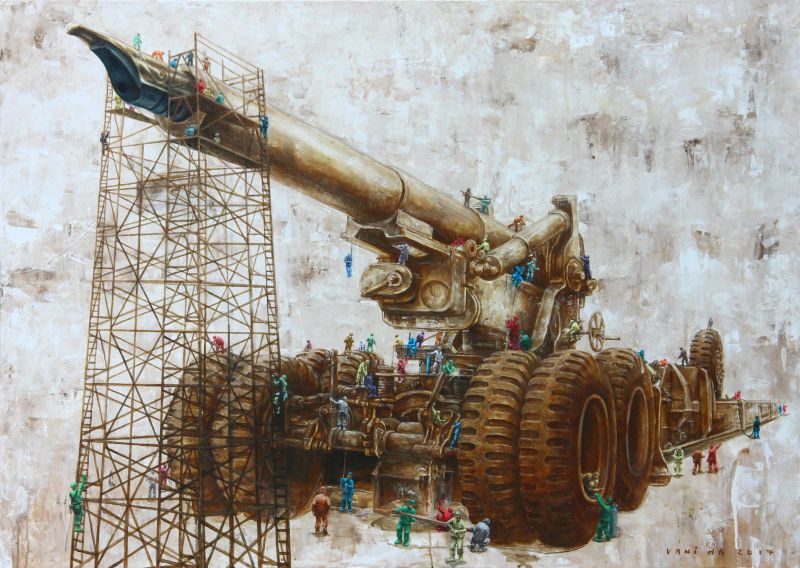 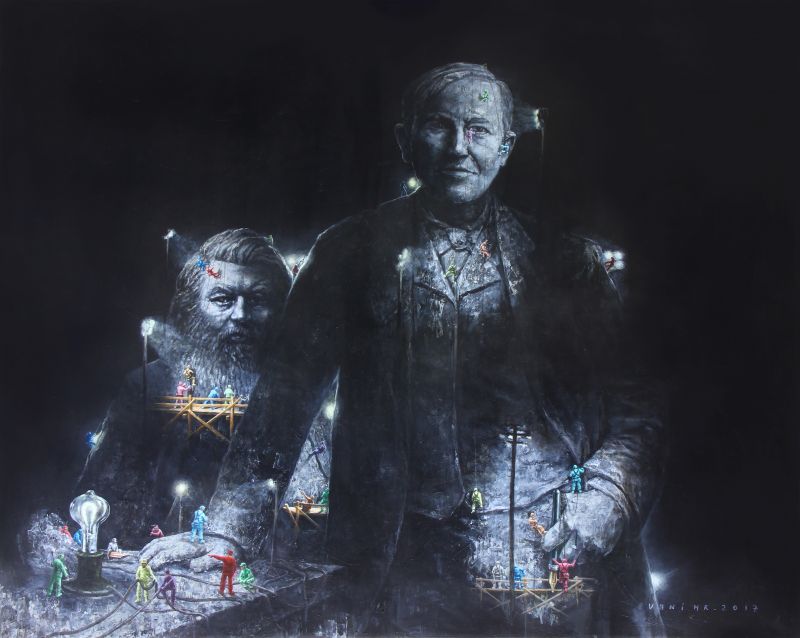 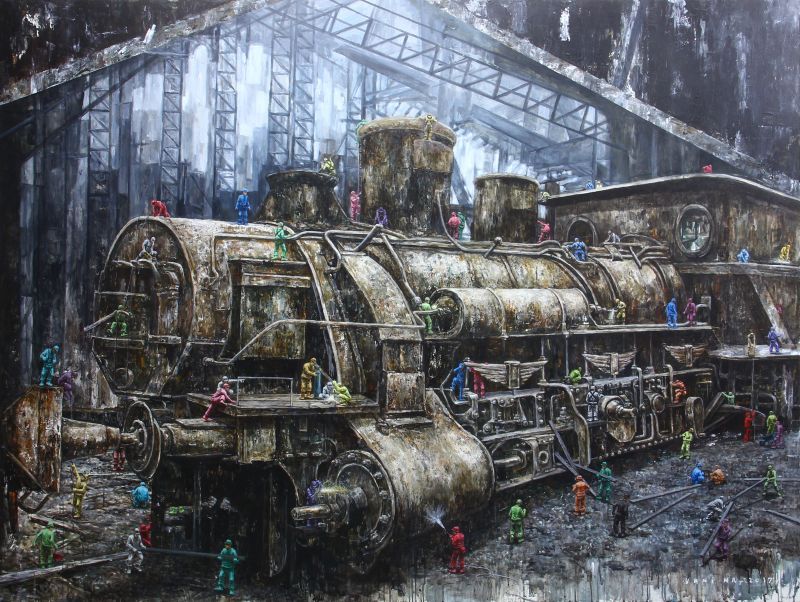 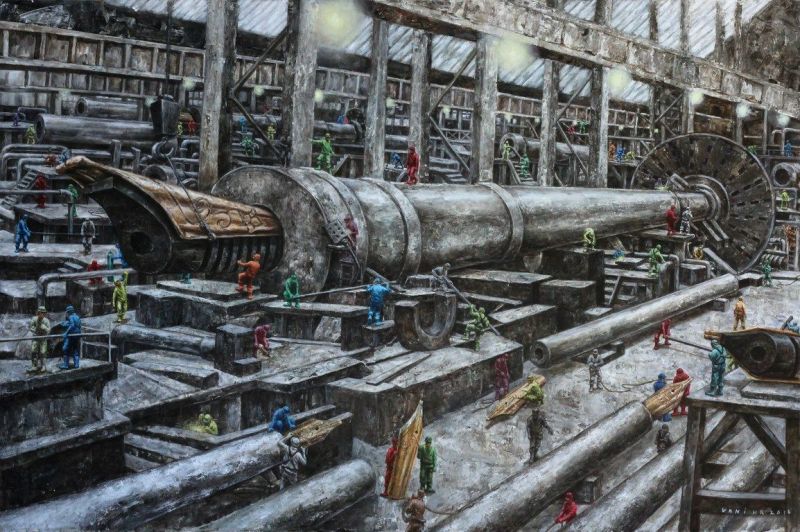 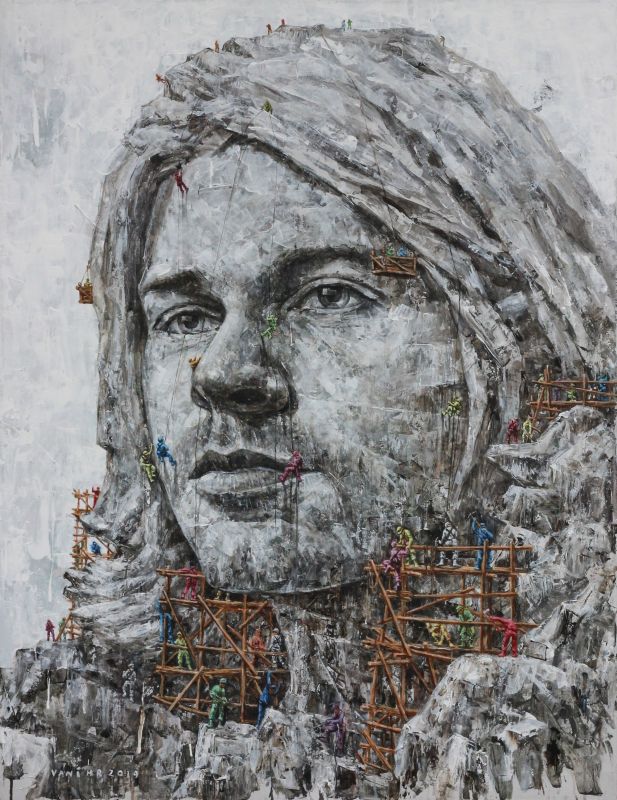 The Times They Are A-Changin #9; Louis "Satchmo" Armstrong - Reconstruction
2020 Vani Hidayatur Rahman is part of the Batu Asah group that consists of five other artists, namely Dhidik Danardono, Fajar Susanto alias Kunting, Ismu Ismoyo, Rio Humansyah Ali and Rosi Alam Fidiansyah. Aside from painting, he also experiments with a wide range of other materials and mediums to create large-scale installation pieces such as "Tasfir Mimpi" or Dream Interpretation that was exhibited at Bentara Budaya Yogyakarta Gallery from June 14 to 30. The title of his creation was, "Banyak-banyak makan jangan ada sisa, makan jangan bersuara. Banyak-banyak makan jangan ada sisa, ayo makan bersama" which roughly translates as “Eat a lot, finish everything, do not make a sound when you eat. Eat a lot, finish everything, let us eat together.” Arranged like a dining area, two long tables were joined and surrounded by six colorful chairs. However, one chair from the corner of the table was then placed on top of the table upside down. It seemed as if the meal on top of the table was only meant for five people and five place settings were present, making the viewer wonder if the sixth person had upped and left the meal. The food served on the table was a wooden branch cut up to resemble sliced bread and there was even a plate at the back of the exhibition hall. The piece itself perhaps refers to values of not talking whilst one's mouth is full as it is considered rude, and the Asian values of eating collectively as a family. According to Hermanu - the manager of Bentara Budaya,  the piece addresses our freedom of imagination (within the constraints of custom and society), which extends to the freedom of choice we have towards food we consume and the possibility of eating forbidden food as well. Award-winning Indonesian artist Vani Hidayatur Rahman unveiled an exciting line-up of 15 brand-new works in his first-ever solo exhibition in Singapore that opens on 20 June 2019 at Ode To Art Gallery. Based in Yogjakarta, the 38-year-old Indonesian contemporary artist is renowned for his vivid, distinctive and realistic style. He has received a number of art awards including the Best Painting accolade at the 2012 Jakarta Art Awards, recipient of the 2013 UOB Painting of the Year Silver Award and was a finalist at the 2008 Jakarta Art Awards. Vani’s acrylic paintings are decidedly modern, using urban imagery to reflect his life growing up in a rapidly developing Indonesia. He is especially gifted with textures, using brilliant colours and deft strokes to elevate flat paint into arresting, layered visuals.