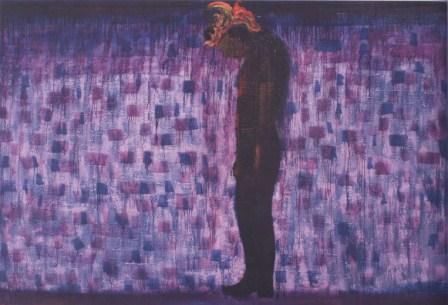 Born in 1965 in Cilacap, Indonesia, Nasirun is a graduate of the Indonesia Institute of the Arts (ISI), Yogyakarta and is known for creating large-format paintings based on his extensive knowledge of Javanese wayang. He was earlier criticized for being a painter who only aimed to serve the market. With regards to this criticism, Nasirun was not angry and he did not deny that he got a lot of benefits from market. Nevertheless, he has also proved that the market had not been the primary goal of his works as evinced by the low profile he has kept despite the fame he received from his works for the past fifteen years and the fact that he is a successful artist. Currently, the public respects his work and views his art as high quality, contributing greatly to the development of the contemporary arts scene in Indonesia.

During the mid-1990s, well-known art collector Oei Hong Djein began purchasing Nasirun's paintings. Since then, his works began to rise in popularity amongst art collectors in both Indonesia and the Southeast Asian region. Since 1998, Nasirun's work has been exhibited throughout Indonesia in several regions including Magelang, Semarang, Jakarta, Bali and Yogyakarta. Nasirun's simplicity is seen through his works displayed in his solo exhibition in Yogyakarta, in September 28 - October 12, 2009. The exhibition entitled "Salam Bekti" ("Respect To") presented about twenty paintings which were simple, but full of spiritual content - his works here expressed the syncretism between Javanese culture and Islam. For Nasirun, creating a painting is not only an action which has to do with aesthetic matter, rather, it is a spiritual action too.

In an interview with a journalist, Nasirun compared himself with his late father who was very religious. "My father used to pray intently (zikir) to forge a close relationship with God, but I use the brush and canvas," he said. He was born and grew up in an Islamic family. His elementary school was also an Islamic school (Madrasah Ibtidaiyah) in Cilacap, Central Java. However, his family, especially his mother were also Javanese people that engaged in Javanese spiritual traditions. As such, the syncretism between Java and Islam in Nasirun's personality and works is a result of influence from his parents. His exhibition entitled "Salam Bekti" was dedicated and meant to pay respects to his late father and mother.

His work entitled "Wayang Ilang Gapite" was inspired by his mother's advice when Nasirun was still young boy. His mother asked Nasirun not to be naughty and always to be honest in order not to fall without strength, as the wayang (puppets in Javanese traditional performing arts) did without their wood supports (gapit). His works generally show the result of his struggles with the spiritual world. Some paintings are adorned with Arabic calligraphy that mention the name of God. His work, "Ngilo"  (Looking at The Mirror), for instance, depicts Nasirun with very long hair, lying flat on the ground and holding a women figure of wayang, in front of a mirror. The assumption is that this painting refers to Nasirun himself, always trying to respect his mother. On one side of the canvas Arabic calligraphy can be discerned and the Indonesian translation contains a request to God. In his other work, "Duh Gusti" (Oh God!), Nasirun also adds text in Arabic, Javanese and Indonesian that mention the name of God.

One of his more interesting pieces of work is "Kiai Narsisrun" which portrays Nasirun wearing "baju koko",  "sarung", and "peci" - the clothes often used by a Muslim religious leader or teacher (Kiai) in Indonesia. This Kiai Narsisrun holds a "kendi" (earthenware flask with a neck and spout used for drinking water). Here, there are also texts written in Arabic and Latin. This painting is seen as a manifestation of Nasirun's obsession to take a role in the spiritual world through his artwork. Perhaps it could also be seen as self-mockery because the title of the painting is "Kiai Narsisrun." It could be assumed that the word "Narsisrun" comes from the word "Narsis" (Narcissism) and Nasirun. He is a humorous artist and is able to incorporate a play on words even when he wishes to say something serious. 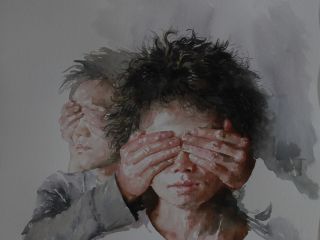 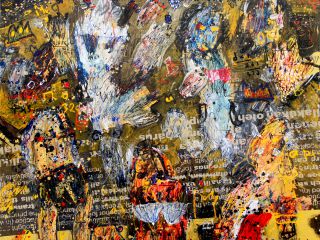 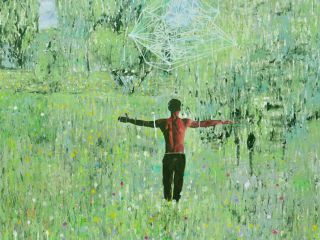 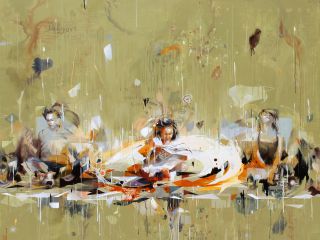 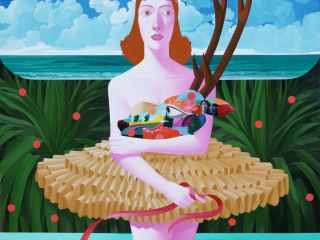