Ran Hwang
Ran Hwang graduated with a Bachelor in Fine Arts from the School of Visual Arts, New York, and subsequently went on to attain her Masters Degree in Fine Arts at the Graduate School of Arts Chung-Ang University in Seoul, Korea. This Korean-born artist currently resides and practices her craft in New York, and is best-known for creating intricate, large-scale wall installations with exquisite materials from the fashion industry such as beads, buttons, pins and thread. A multiple award winner, Ran Hwang has completed many residencies and her works have been exhibited across the globe, including Korea, Switzerland, USA and France, and collected by distinguished hotels, museums and companies.

Ran Hwang graduated with a Bachelor in Fine Arts from the School of Visual Arts, New York, and subsequently went on to attain her Masters Degree in Fine Arts at the Graduate School of Arts Chung-Ang University in Seoul, Korea. This Korean-born artist currently resides and practices her craft in New York, and is best-known for creating intricate, large-scale wall installations with exquisite materials from the fashion industry such as beads, buttons, pins and thread.

To the artist, buttons and beads symbolize the commonplace ordinariness of human beings; pins being the points of connection, and threads as a communicative link. Using a hammer to pound thousands of pins into walls in the process of her art, Ran Hwang herself projects the austere embodiment of a monk practicing spiritual discipline and Zen. This repetitive and laborious working process results in grandiose images of objects and beings, representing the natural and divine, in an attempt to address current social issues. Through her works, she constantly seeks to explore and delve into human experiences and connections, as well as positive and negative spaces. For the past decade, her works have been exhibited in both solo and group exhibitions across the globe in countries such as Korea, Switzerland, USA and France, and are collected by distinguished hotels, museums and companies including the Ritz-Carlton Hotel in Hong Kong, the Shin Choi Fashion Company in New York, and the National Museum of Contemporary Art in Seoul.

At first glance, simplicity may seem to define her work, but simplicity is merely a thin veil over an intricate and thoughtful process resulting in an alluring and seductive body of work. Ran Hwang uses buttons, or threads, with pins to produce provocative images of vessels, of birds and of the Buddha both as installations and as objects on their own. Her practice speaks to the meditative nature that a repetitive process inspires where the experience of the work cannot be separated from its materiality and how it is made. In her most recent series, Hwang reflects on the nature of the vessel. As she explains, "Containers can be empty or serve to contain something. Like our bodies, they can be filled or emptied." Her works can be seen as a contemplation of impermanence and mortality. The strength of Hwang's work is in its process and the resulting immediacy and resonance with the viewer.

Hwang constructs the complex textuality of her works with simple, everyday objects, such as buttons, pins and threads, and, by recontextualizing them, they are transformed and seen anew. Because they have been removed from their recognizable, functional context into an unconventional one, they create a visuality that is tactile, and call upon a mimetic knowledge that becomes re-experienced in their presence. Her objects offer a familiar site in which to delve deeper in order to generate reflection, and even wonder. For Hwang, contemplating and representing a larger wholeness bring a sense of peace. The process of constructing these works is an object of meditation for Hwang.

One way to approach Hwang's work is by considering the Buddhist ideas of the interdependence of form and emptiness, in other words, form is emptiness, and emptiness is nothing other than form. In the case of Hwang, this concept can be seen in the interdependence of negative and positive space. The self (body and mind) depend on all that is not-self, just as the vessel's form depends on the space around it. Similarly, a vessel's usefulness depends on the interplay of form and emptiness.

"I create large icons such as a Buddha or a traditional vase, using materials from the fashion industry. The process of building large installations is time consuming and repetitive and it requires manual effort which provides a form of self-meditation. I hammer thousands of pins into a wall like a monk who, facing the wall, practices Zen. My works are divided into two groups. In the first, pins used to hold buttons remain free to move and suggest the genetic human tendency to be irresolute. I choose the material of buttons, which are as common and ordinary as human beings. In the second group of works, a massive number of pins connects yards of thread creating a negative space of the presented images, threads suggesting connections between human beings and a communication network between seemingly un-linked human experiences. The filled negative space in the absence of positive space suggests mortality at the heart of self-recognition." 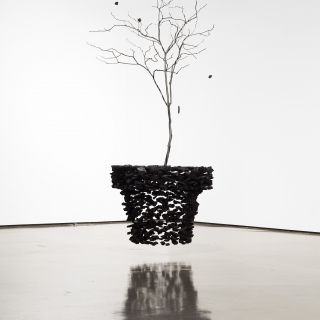 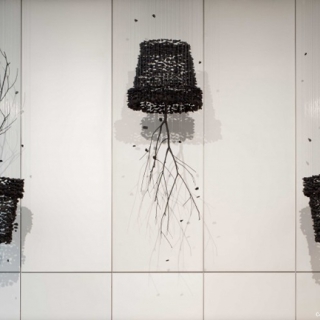 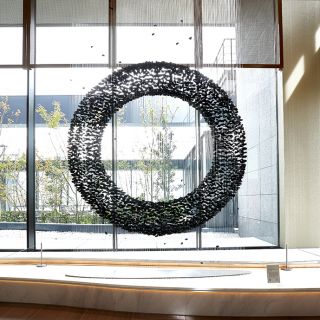 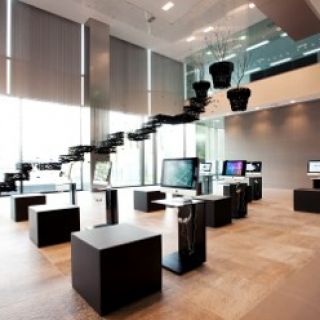 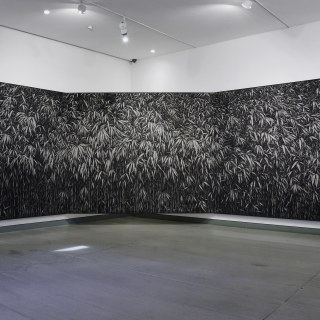 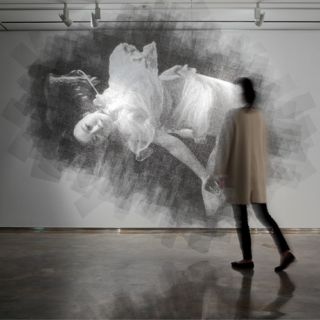 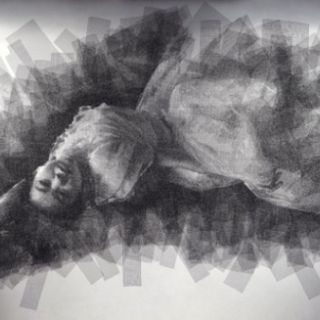 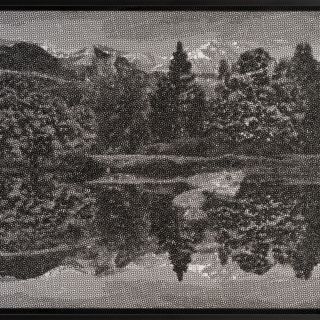 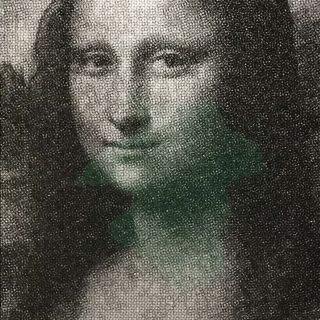 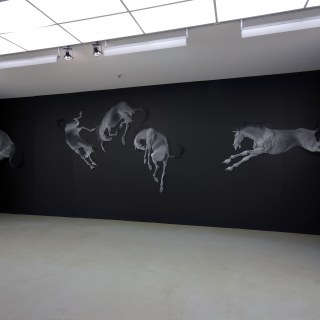 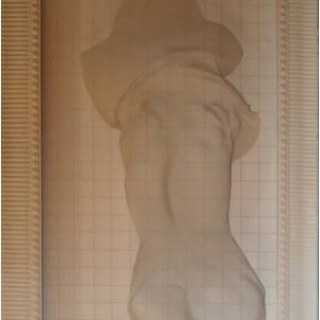