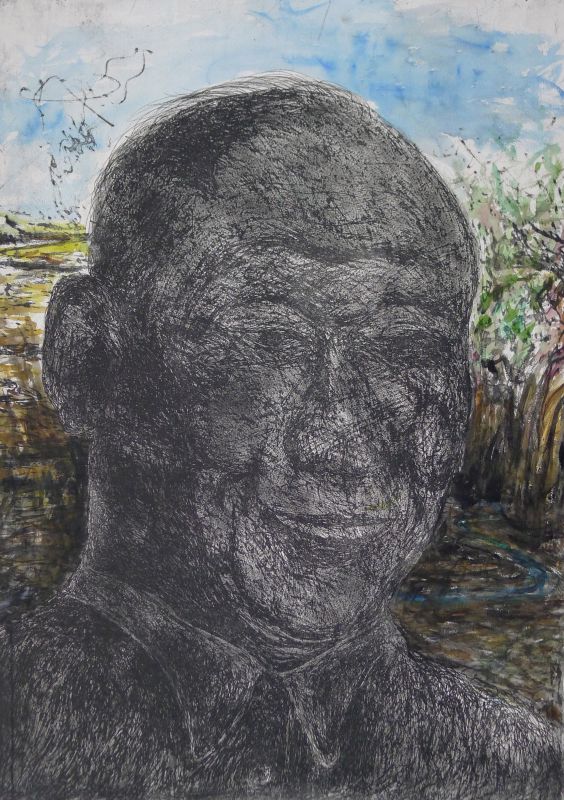 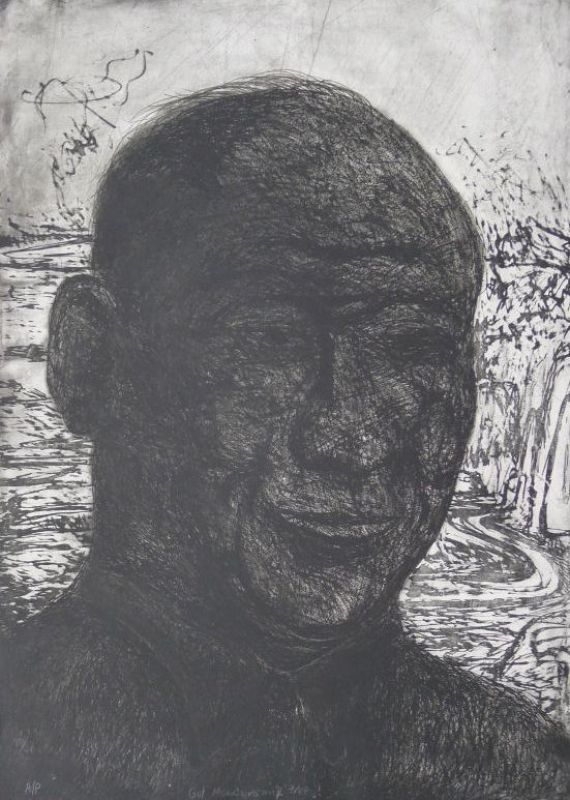 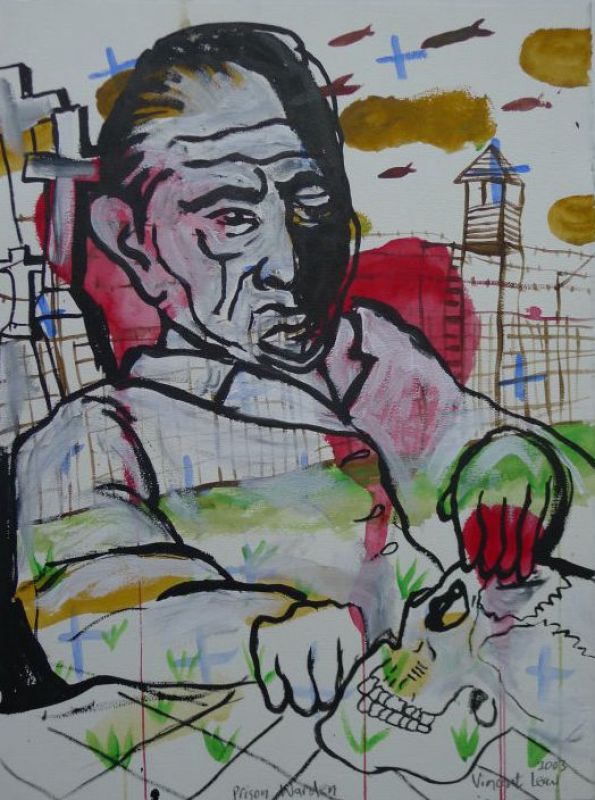 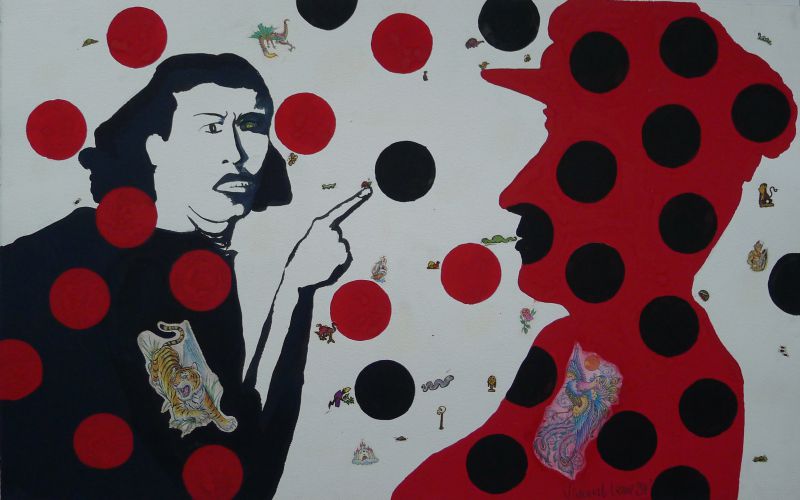 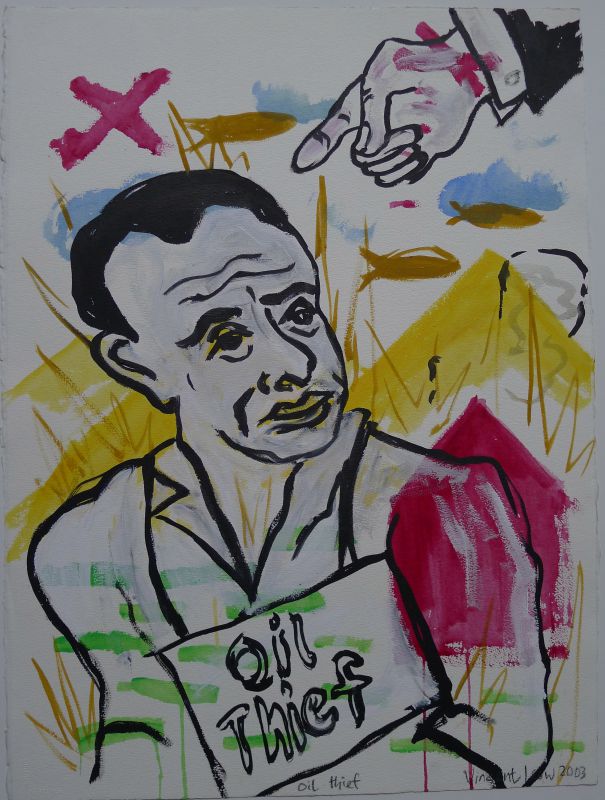 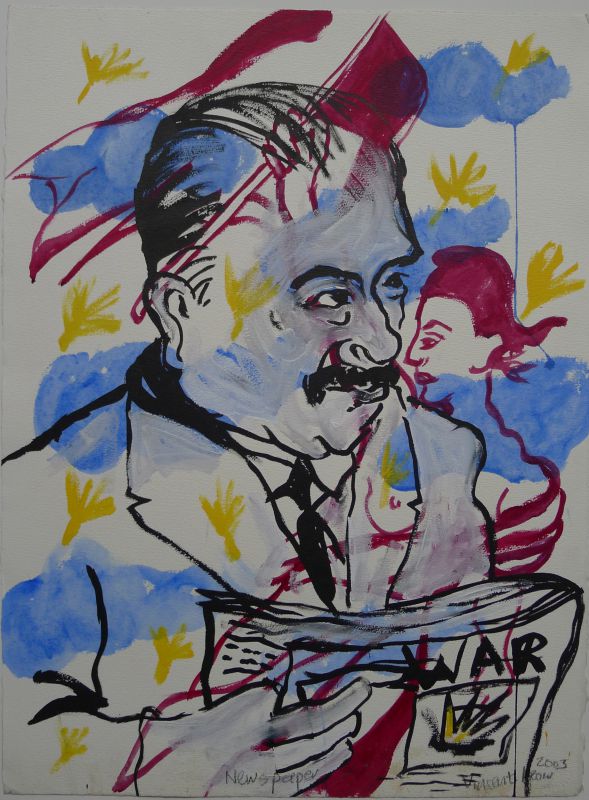 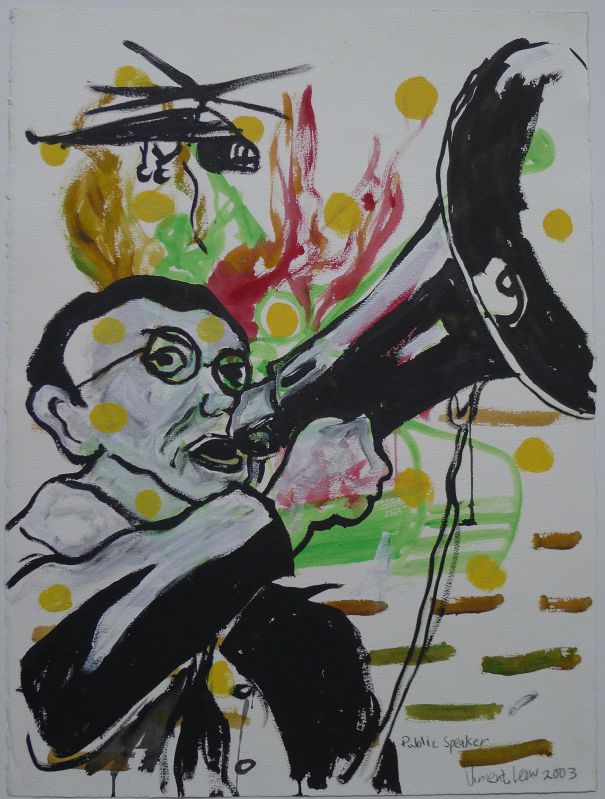 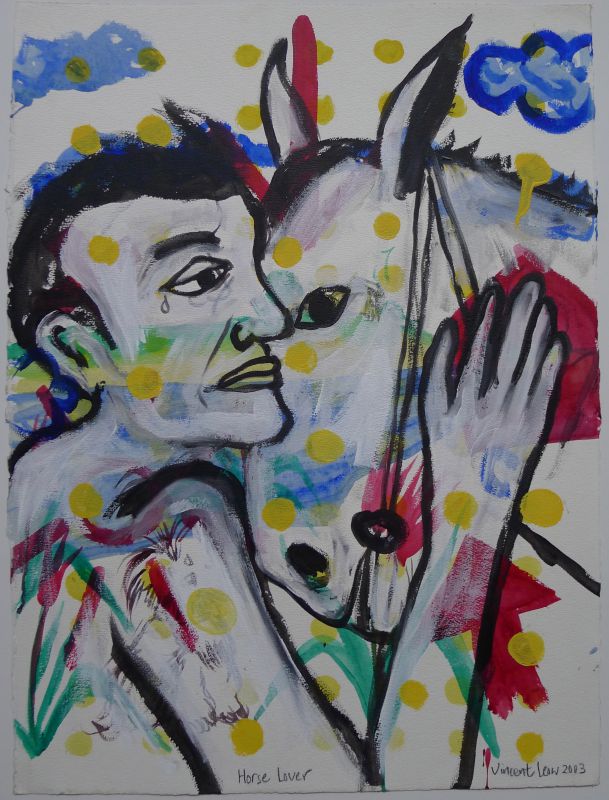 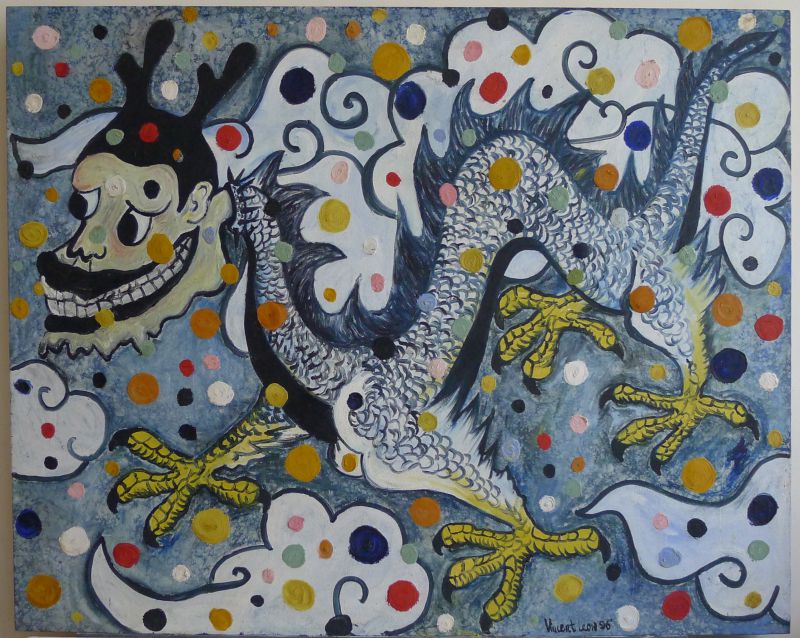 Vincent Leow (b. 1961) is one of Singapore's leading contemporary artists. Celebrated as a l'enfant terrible of the Singapore art community, Vincent Leow is a pivotal figure in the alternative art scene in Singapore. His practice parallels the development of contemporary art in Singapore and as a painter, he is regarded as a remarkable creative who has dipped into an astonishing range of influences from popular culture, literature, cinema, politics and the mass media. Leow stands as a central figure in the history of the ‘art collective' in Singapore. One of the early members of The Artists Village (TAV), founded in 1988 by the iconic Tang Dawu (b 1943), Leow subsequently helmed other artist-run spaces. Co-founding Utopia (now defunct), Leow is also the founder of Plastique Kinetic Worms (PKW) , a leading alternative artist-run space in Singapore. Engaging with a range of media that has manifested in performances, installations, sculptures, digital and  mixed-media works, Leow's practice has maintained the element of anarchy and rebellion so critical to alternative practices. He acquired public notoriesty with his 1992 performance in which he drank his own urine. The art gesture was later elaborated upon through the packing and sale of bottles of urine - epitomizing Leow's artful handling of ‘underground, subversive' practices with a savvy understanding of the mechanics of market consumption and its desire for and absorption of infamy, scandal and controversy. His earlier paintings formed the emergence of unapologetic aggression, blatant sexuality and emotional temperament in the field of painting in Singapore. Leow's later paintings assumed several shifts, particularly during and after his art studies in the USA (1991) on several art scholarships. Some of Leow's works in the 1990s were marked by an ‘urban street style' and were arguably Neo-Surrealist; others carried a Pop Art sensibility, taste for kitsch and a highly individual visual vocabulary - prompting art writers to describe his practice as epitomizing ‘post-modern' visual strategies.

Steeped in meaning and conceptual intricacies, the art of Vincent Leow is distinctively revealing in its form. Often containing political allusions or that of social problems and reform, the subjects the artist characterizes ranges from the everyday common man to great figures of influence placed in positions of perspective, inciting the viewer to explore the connotations contained within. Highly influenced by the Pop Art movement and consciously departing from art convention, Leow employs familiar subjects in unfamiliar surroundings, often swerving into a juxtaposition of differential aesthetics, peppered with posterized language and ambivalent patterns. Common household items show up as both visual and cultural characters, often providing subtle directives to the components of what we know as culture, and understand as artistic language.

As skilled on canvas as he is in his sculpture, Vincent Leow’s paintings follow a wide range of expressions. However, whether a cornucopia of colour or bold outlines against stark contrasts, the artist’s divergence from conformity of style is palpable. Discordant brush strokes form the method to his instinctive flow, displaying a spontaneity on canvas that captures both energy and thought. Implicative of his acquired cultural influences, his art forms waver between western appearances but ultimately emerge as distinctively eastern influences. Although prone to bright colours and sudden bursts of patterns and spatial fill, Leow's art is sometimes disarmingly simple or even vacuous in hue. However, it is for the viewer to note that the artist’s conceptualizations are not to be underestimated. Take for example, his ‘Mountian Cow Factory’ series, with its deliberately misspelled title and repetitive images of colourful cows placed in placid landscapes, commented on the cloning of Dolly the Sheep.  The triumph of Vincent Leow’s art is hence, not only aesthetic or isolated to the conceptual- but also reflect the groundbreaking manner in which the artist chooses to express his commentary. It leaves a personal and intellectual afterglow in all who choose to pursue his meaning.

In his latest forays, Leow has expanded his societal and political reflections to include the human concept of mortality in his expressions- delving into the meaning of legacy and memory. Using black paint to create detached faces and silhouettes, the artist says, “I wanted to explore the idea of what we still read when everything is blocked out."  He goes on to say, "Do we still recognize the face behind? Can the silhouette itself communicate enough of who it is? In a way, I’m exploring the idea of how much we remember when we cover the image itself. Stripping off all the details and leaving out the silhouette, is it enough to communicate the person or the subject itself?” 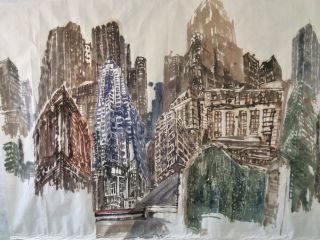