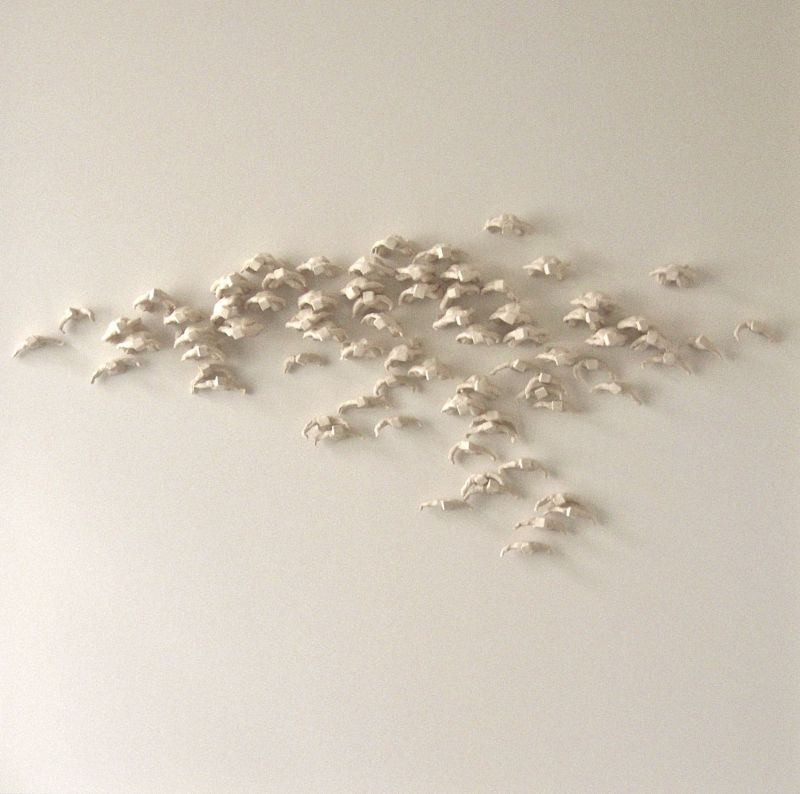 CSS 158 - HV (Marie) Daisy Boman calls her unique figures 'bo-men’ and they climb, fall, crawl, run in a process of interaction with each other. They signify the faceless masses of humanity in a world of no divisions and are depicted in peaceful co-existence in “Together.” Alluding to the possibility of a utopian existence without strife and stereotypes, she puts forth her hope for peaceful and joyous connections - highlighting her optimism for a better future.