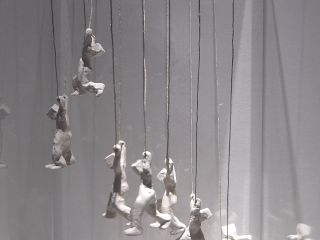 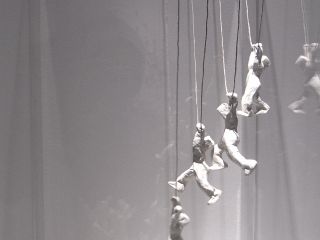 Daisy Boman created her 'bo-men', unique figures that climb, fall, crawl, run and interact with each other. Alone, but mostly in numbers, they tell stories about life, human destiny and universal feelings. Their language is unique. Faceless, they ask us to look at them for what they are, not for what they look like. Their movements, situations and attitudes speak personally to the viewer. Boman's sculptures experience life, with a playful and challenging attitude but also in an even more dramatic fashion than we do. They race, try hard for something better, make choices, and carry the burdens of life. Their uniforms are white because colours and races should not matter, their heads are square as we are all cut from the same mould, conditioned by the society we live in.