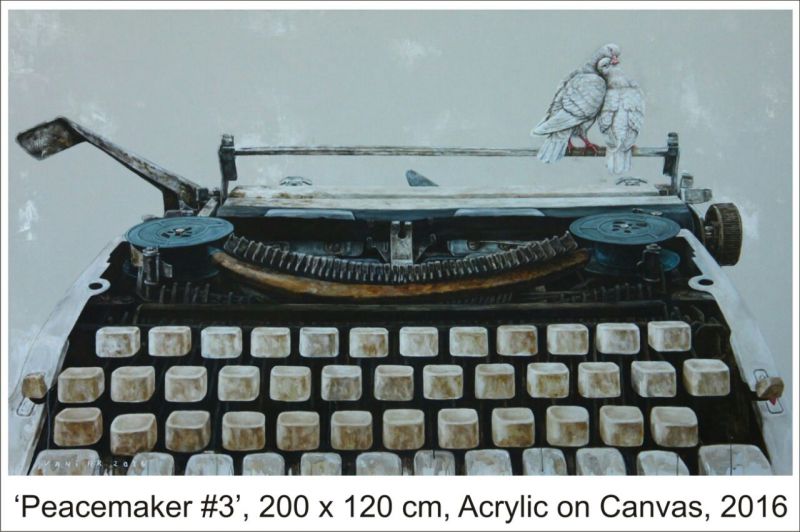 CSG136 ( JZ ) - The letters on the typewriter keys are all erased, common in appearance and minimal in its differences and individuality, Two doves rest on the type guide, embracing each other lovingly, evidently at peace with each other. Vani emphasies the need for unity and harmony to achieve peace in this work, showing us that by laying down our differences and working towards a common goal, chaos will cease and our efforts will bring about peace and tranquility.