Born in 1983, Zheng Hongxiang grew up in Gaizhou, Liaoning Province, and graduated from the Oil Painting Department of the Lu Xun Academy of Fine Arts in 2006. Prior to this debut exhibition in the U.S., Zheng has exhibited at prestigious museums in China and other reputable venues in Asia and Europe. Zheng currently lives and works in Beijing.

As an artist, Zheng takes an intellectual and imaginative model for understanding and interpreting the contemporary society in all its aspects. His works offer an in-depth dissection of the existential paradox and explore the dichotomy and dynamics between the individual and society. “As a Chinese artist born in the 1980’s, when interacting with the contemporary society, a mixed sense of enclosure and confinement arises in me. Yet the enclosure does not feel entirely safe while the confinement seems self-contradictory....It is rooted in our social constructs, the hierarchy, more specifically, the Superstructure.” Zheng said in his statement.

A renewed theatrical Baroquesque quality can be found in Zheng’s works, which present a myriad of epic sceneries and captivating spectacles recalling the dream state in the Freudian analysis. Developing this theme since 2007, Zheng conceives and repeatedly constructs this cryptic realm in a series of paintings with an array of symbolic imagies and motifs, among which, constantly recurring are the red stage, a gray endless sky and the protagonist, a disrobed muscular faceless human figure with a red box covering his head, seeking, exploring, or confronting the outside world yet with their vision blocked. The overall color palette is based on scarlet red and various greys, exuding a mixed sense of both tension and passion. 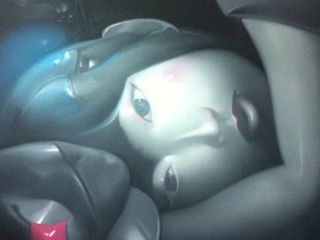 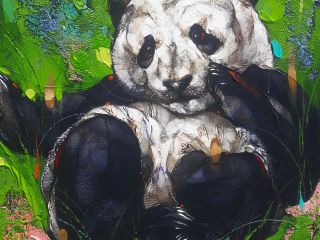 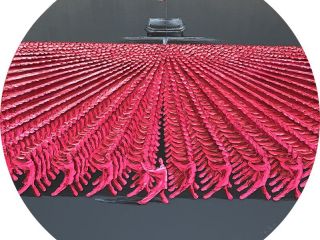 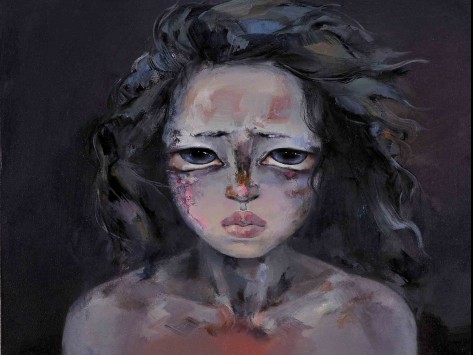 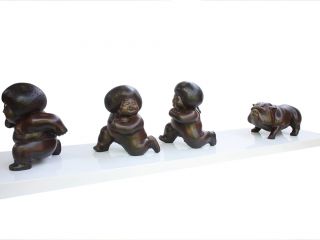