Born in 1969, Korean sculpture artist Noh Jun attained his Bachelor's, Masters and PhD in Sculpture from the Seoul National University, and gained much of his work experience in the entertainment industry. Noh was able to create unique and child-friendly characters such as Clo and Dappy. This was mostly because he was an emcee at a children's cable channel at Daekyo Broadcasting Station and worked with clay animation for television for a long time. Presently, he is a lecturer at the Seoul National University and Kyungpook National University. Noh's work has been exhibited in Japan, Korea, Hong Kong and USA. In 2006, he was awarded the Grand Prize for the 6th Song Eun Arts Award at the Song Eun Arts & Cultural Foundation and the following year, won the Special Selection for the 7th Moran Sculpture Award at the Moran Museum. He attained the 19th Kim Sejoong Young Sculptors Award at the Kim Sejoong Commemoration Association.

Noh's characters each consist of narratives and the characters progress in a series, almost as depicted in a film script. His characters are personified in vacation spots such as Japan and Bali, he takes pictures of them with natural backgrounds and allows them to walk the streets freely. Through the archival of these pictures and after the object has been completed, the artist creates a unique mise-en scene - an installation based on the locations and photos. His characters charm audiences with their cuteness. Following the story arcs of his various characters will add to the enjoyment of viewing his pieces. A famous Japanimation entitled "Gatchman" is popular amongst the older generation. The creator of this character, Yoshitaka Amano, is active as an exclusive artist for a gallery in Hong Kong and also presented a piece of his own at a national art fair. This demonstrates that in this current day and age, it is not just artists who borrow keywords of pop culture. Rather, the area of contemporary art is expanding, resulting in artists being more creatively challenged.

2010
'You can do more light and trivial', Gallery Kaze, Osaka, Japan 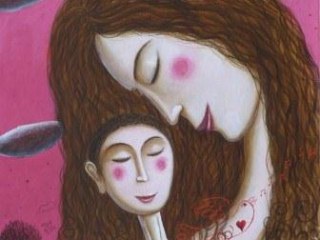 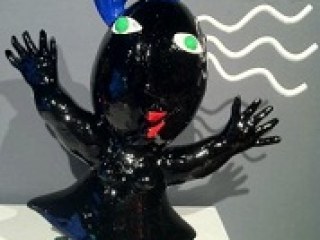 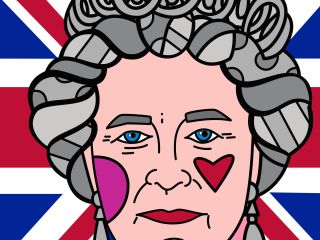