《国宝—境界》National Treasure - The Realm No. 1 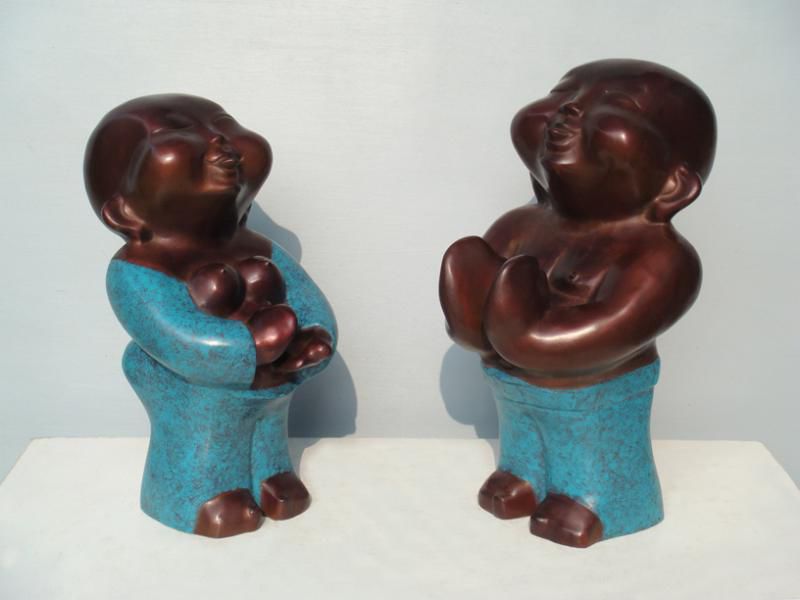 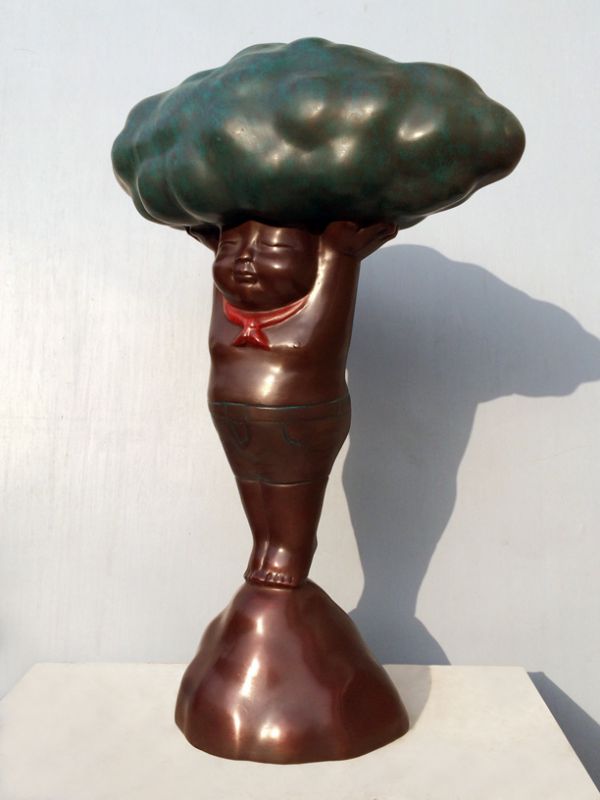 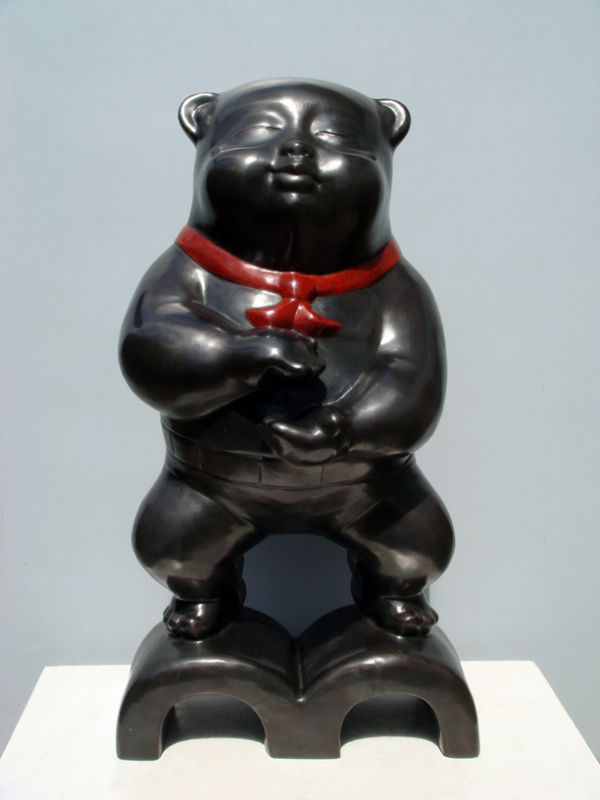 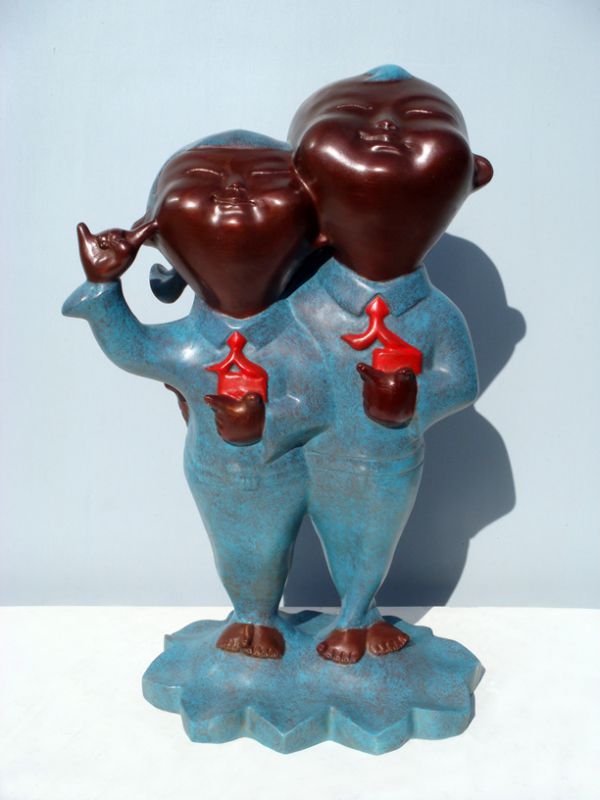 Flower of the nation no.1 - mini (祖国的花朵) 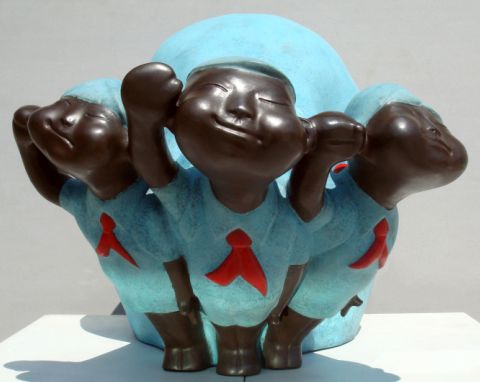 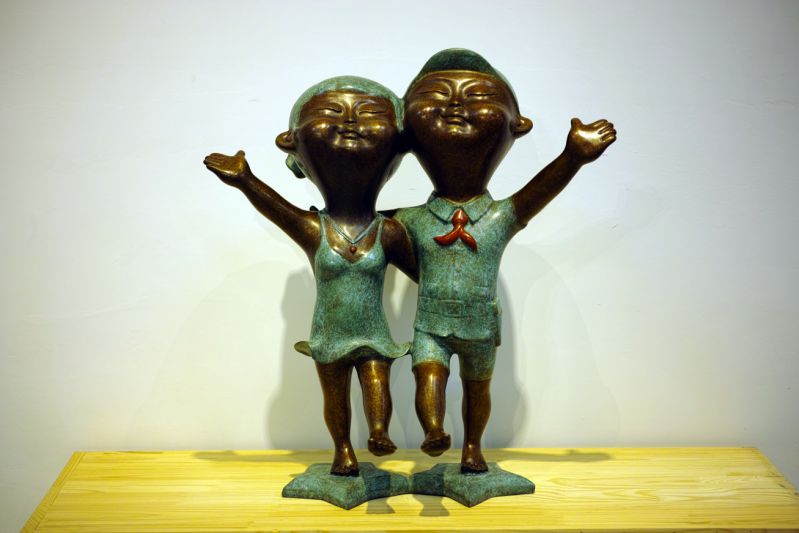 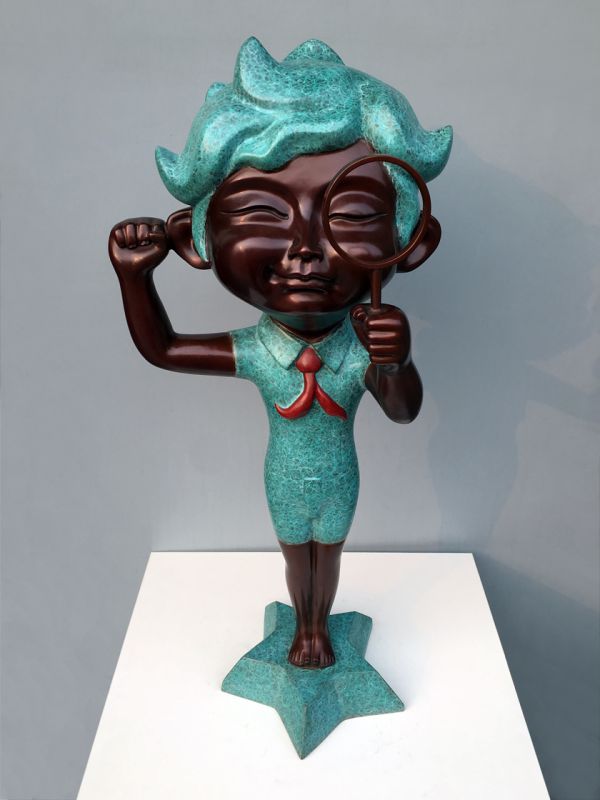 Born in 1982, Fujian Province, China, sculptor Wu Liang Yan creates sculptures representing the new face of Chinese youth. In all his works, the same figure is used - a young child with plump cheeks, bearing a disproportionately large head that is tilted upwards, with a red tie around his neck. Each part of the child's form is laden with meaning in the context of China's history and progression. Wu Liang Yan graduated from the prestigious Fujian Art Institute. Today, his critically acclaimed sculptures have been exhibited in both group and solo exhibitions in Xiamen, Beijing and France.

Wu Liang Yan's figures are characterized with a red tie which is part of every Chinese student's uniform. To Wu and many young artists growing up under the Communist regime, this also represents the expectations of society towards youths. Constantly looking upwards with a beaming smile, the figures in Wu's sculptures reflect an insatiable desire for affirmation from authorities. Employing the techniques of exaggeration and satire, Wu seeks to highlight social problems that stem from the overly-competitive societies in today's world. The chubby cheeks of the boy in Wu's subject matter are symbolic of the inflated desires that youths today possess. The head of the boy is exaggerated compared to the rest of his body, reflective of the emotional and physical burdens which youths today carry as a result of striving for what society pressures him or her to achieve. Such burdens are disproportionate to what a child of his age is expected to bear. This form of exaggeration also signifies the disparity between people's expectations - what they want versus what they can physically achieve, resulting in a continual state of confusion and insecurity. A star is placed underneath each sculpture, rendering the overall composition of the boy to be that of a trophy prize that a parent can bring home and display to others. Nonetheless, with closed eyes and a slight smile, Wu's subject matter seems to revel in the environment he is in. He is an achiever and the model youth that his country and parents expect him to be. Yet, his face also shows a glint of idealism - the desire to achieve what he wants for himself, against all odds. 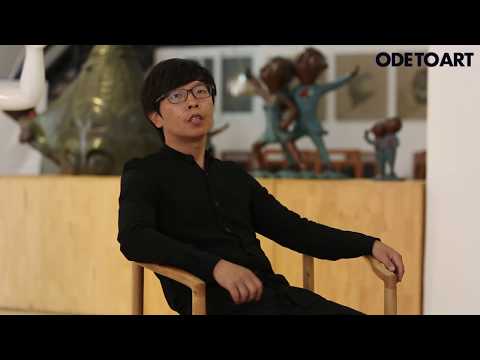 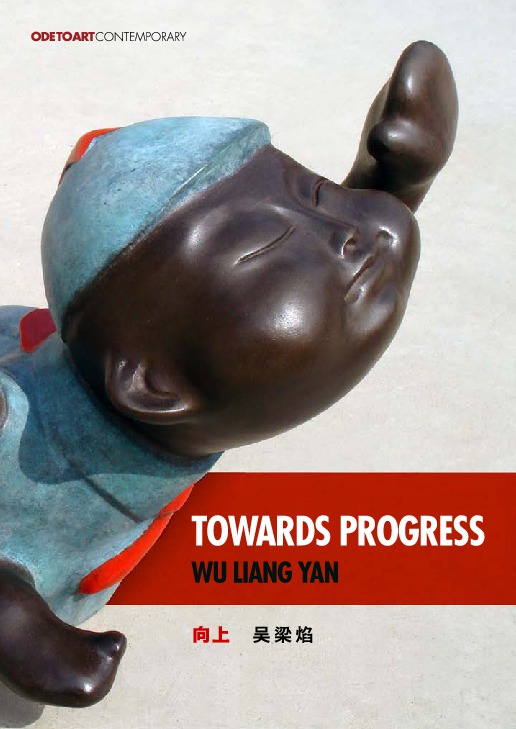 Born in 1982, Fujian Province, China, sculptor Wu Liang Yan has created in his oeuvre a range of sculptures representing the new face of Chinese youths. 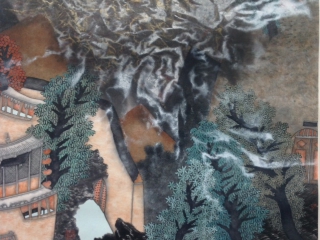 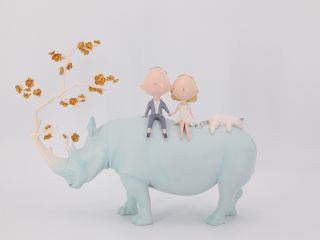 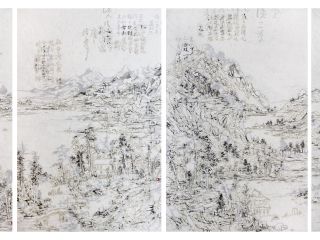