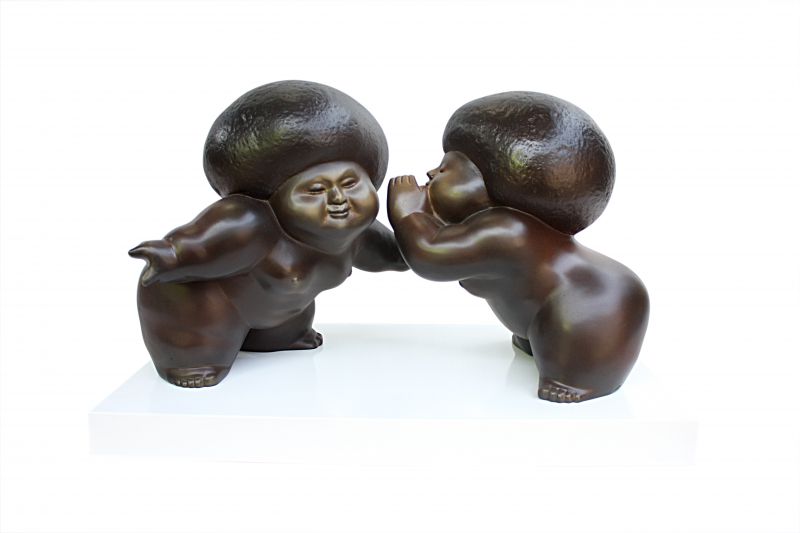 Adi Gunawan's use of natural, organic shapes in his sculptures create a warm and friendly atmosphere, beckoning viewers closer to observe the affection and smiles that his characters share in each others' presence. In this sculpture, a woman whispers delightful secrets to another, both reveling in the satisfaction and joy in sharing a secret and revealing the trust and confidence that exists in a close and loving friendship.