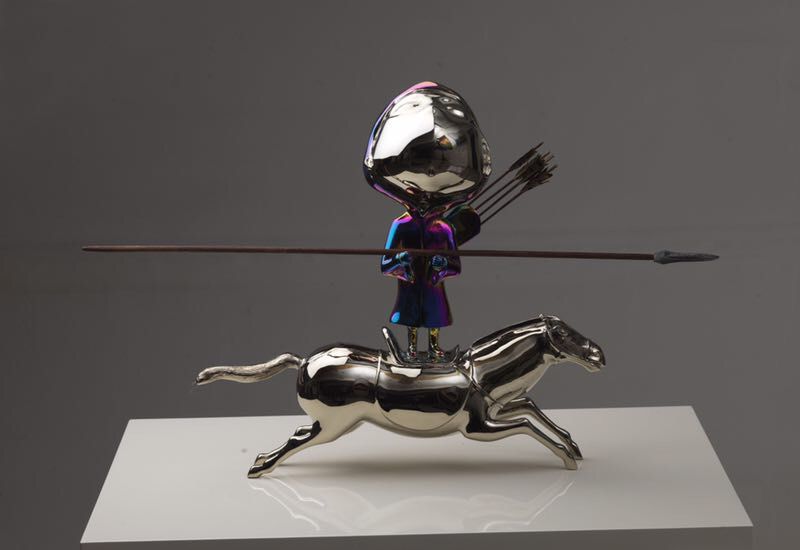 This sculpture by Wu Qiong depicts a man standing on a moving horse, who appears to be gearing up for battle. The figure is holding a large spear and carrying a number of arrows on his back, yet despite the context of war, his expression appears peaceful and fearless, as his eyes are closed and his head is upturned. The artist’s use of stainless steel further reflects the inner resilience of the figure, as it conveys his sturdy nature. Rather than focusing on the horrors of battle, Wu Qiong instead chooses to convey the courage of fighters, and does so in his distinct and contemporary style that has captivated viewers around the world.