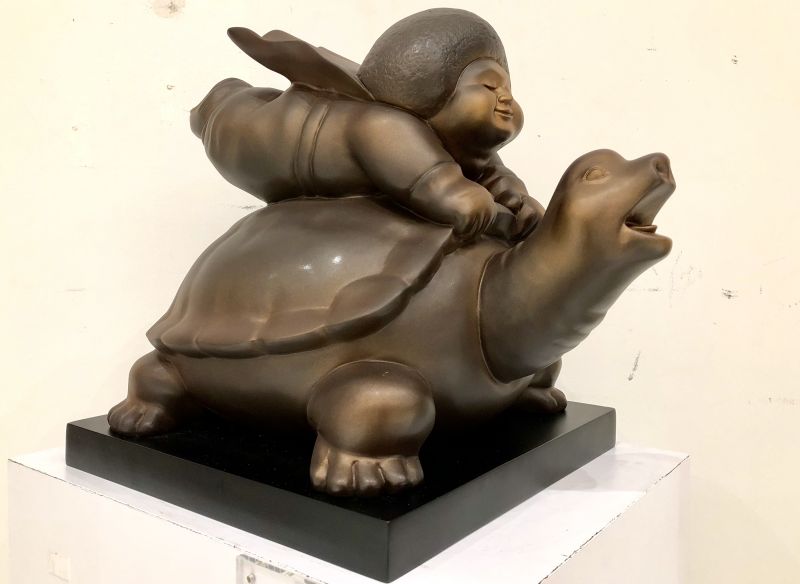 In Palawan Kesiangan (Early Hero), Adi Gunawan presents a caped figure, riding on the back of a turtle. Both are rendered in Gunawan’s characteristic bulbous style, with the human figure’s eyes closed in a state of relaxed bliss. The common association of turtles with creation myths explores the multi-faceted nature of the ‘early hero’ and the relationship between humans and animals.