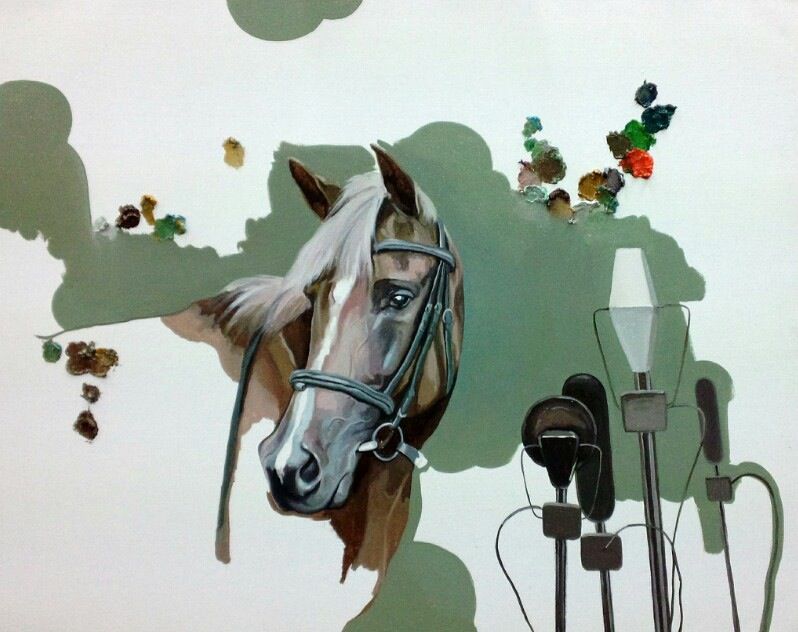 By depicting animals in his paintings, Mao Yanyang’s states his attention towards environmental protection and human’s direct influence on the animal’s faith. Animals are submitted to the human power the way humans are submitted to the media’s. Since humans and animals are interdependent the artist suggest us to take responsibility and act instead of burying our heads in the sand.