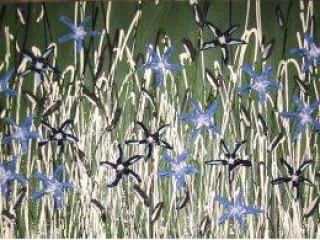 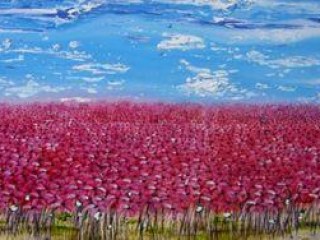 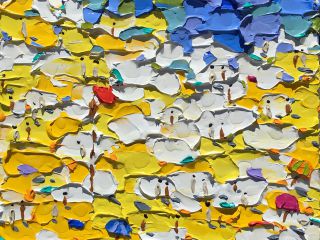 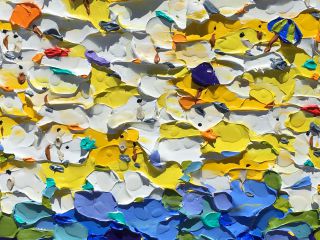 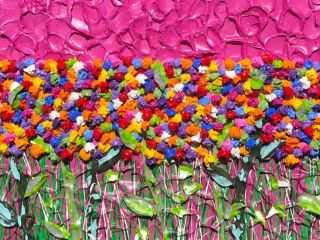 Rebecca Pierce relies on texture in numerous forms, with intense and thick application of her mediums as well as vivid and unusual colour combinations. Her emphasis is on the figurative and the figure becoming part of the landscape itself.