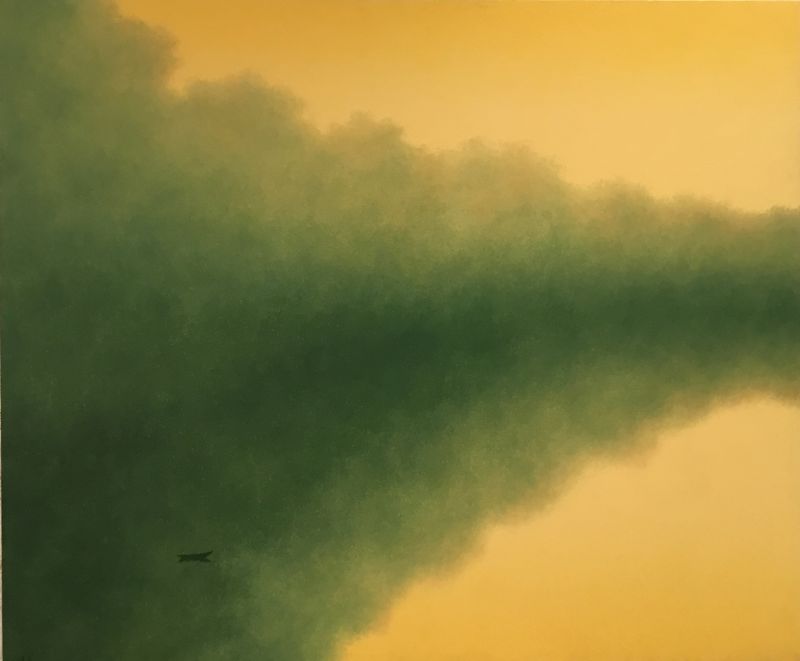 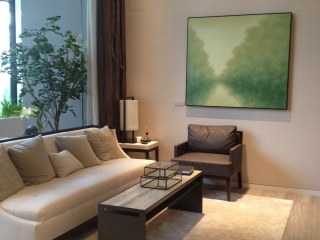 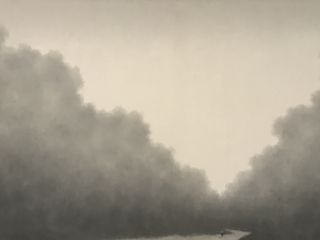 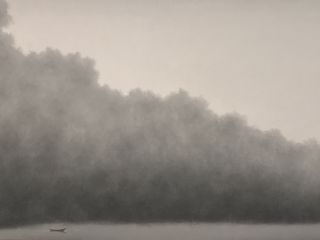 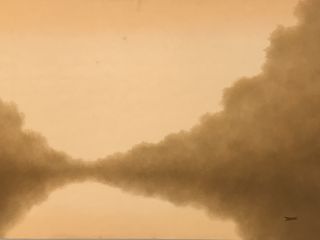 Hong Viet Dung is one of the most renowned contemporary Vietnamese artists, whose poetic landscapes display extraordinary texture and depth. The artist uses pale and distinctly muted colors of a limited range to convey a sense of serenity and calmness, as well as to emphasise the scale and beauty of nature. A single boat is depicted in the bottom left corner of the work, visible amidst the green and yellow mist that dominates the composition. The artist’s nuanced use of scale in his works inspires contemplation about our position in the world, and captivatingly conveys the serene essence of nature.