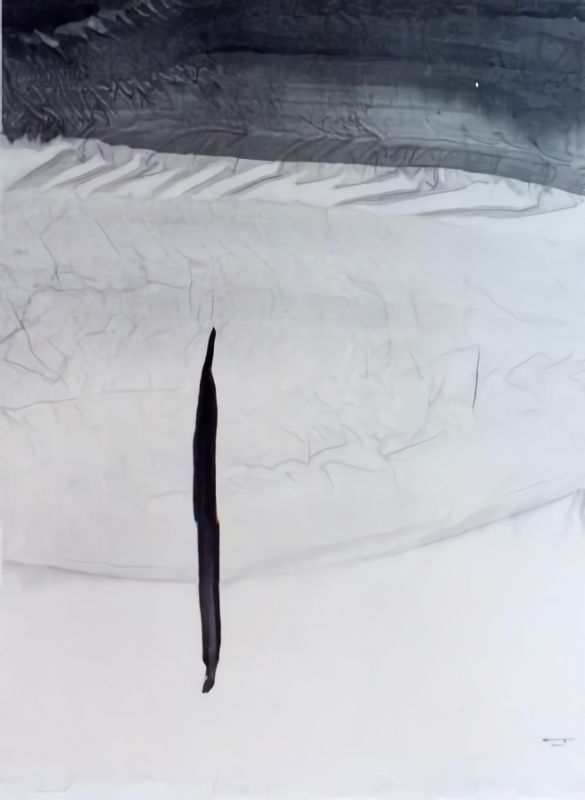 Gao weaves a vision for which the destruction of reality is a prerequisite. He speaks of an inward gaze, "when I close my eyes I try to see things; within the darkness there are tones, glimmers, the potential of seeing without actual vision, I try to capture what is barely perceptible - the seed of a picture. Nothing fixed, nothing sharp."