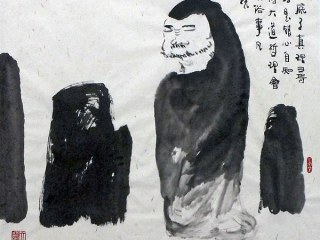 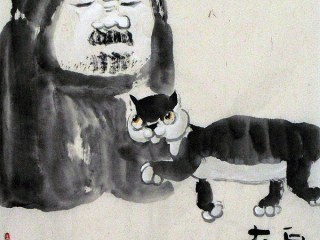 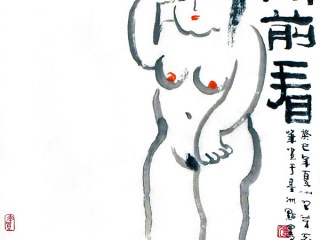 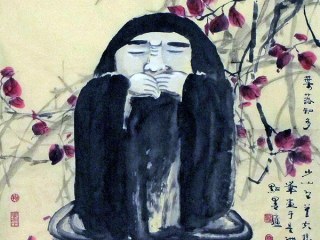 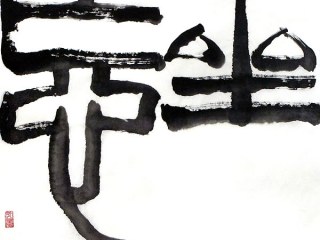 A bright blue sky makes the backdrop for this simple, homely painting. A tree in full bloom with golden flowers stands out against this brilliant sky. It is partially hidden by a building painted in greys, blacks and whites, making it stand out all the more. Two people are seen carrying their wares to a truck that awaits in front of the building, while traffic drives past this serene scene. Ling Yang Chang combines traditional Chinese techniques with Western minimalism, simplifying his subject matter to their bare basics. By limiting himself so, he can truly capture the intricate beauties of scenes such as this, approaching them with sincerity and sensitivity.