Arguably, the presence of art in any given area serves to beautify and add value to the inherent feel of the place. Hence by extension, the beauty of public art is that it enriches a space not confined by walls and ceilings, where the talent and creativity of artists become accessible to a wider audience. Instead of targeting art lovers and Gallery visitors, commuters and passersby now chance upon a creative object as they go about their daily lives, where a subconscious appreciation for the latter can be cultivated. 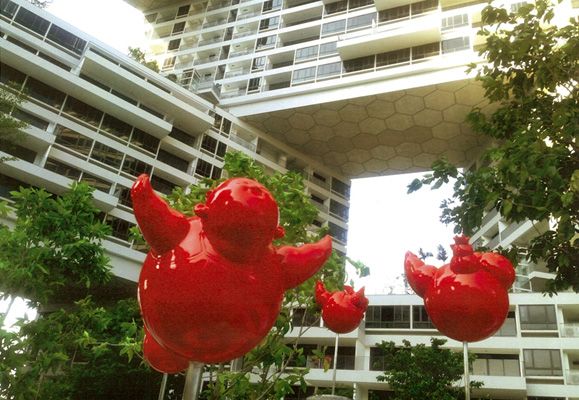 As one of the most prominent contemporary art galleries in the nation, Ode to art has been a supplier and consultant for various public art installations all over Singapore for the past 15 years. Pictured above, a group of Gao Xiao Wu’s rotound, flying baby figures take on the appearance of a vivid flight of birds. In the artist’s City Dreams sculptures, childlike, rounded figures are gifted with wings, artfully cast in bronze and coated in red, exclusively acquired by CapitaLand Singapore for its recently completed residential project at The Interface. Against the emerald greenary and complex architecture of the buildings, Gao’s cadium red pieces add a flicker of vibrancy and colour and complement the overall modern and chic design of the complex. 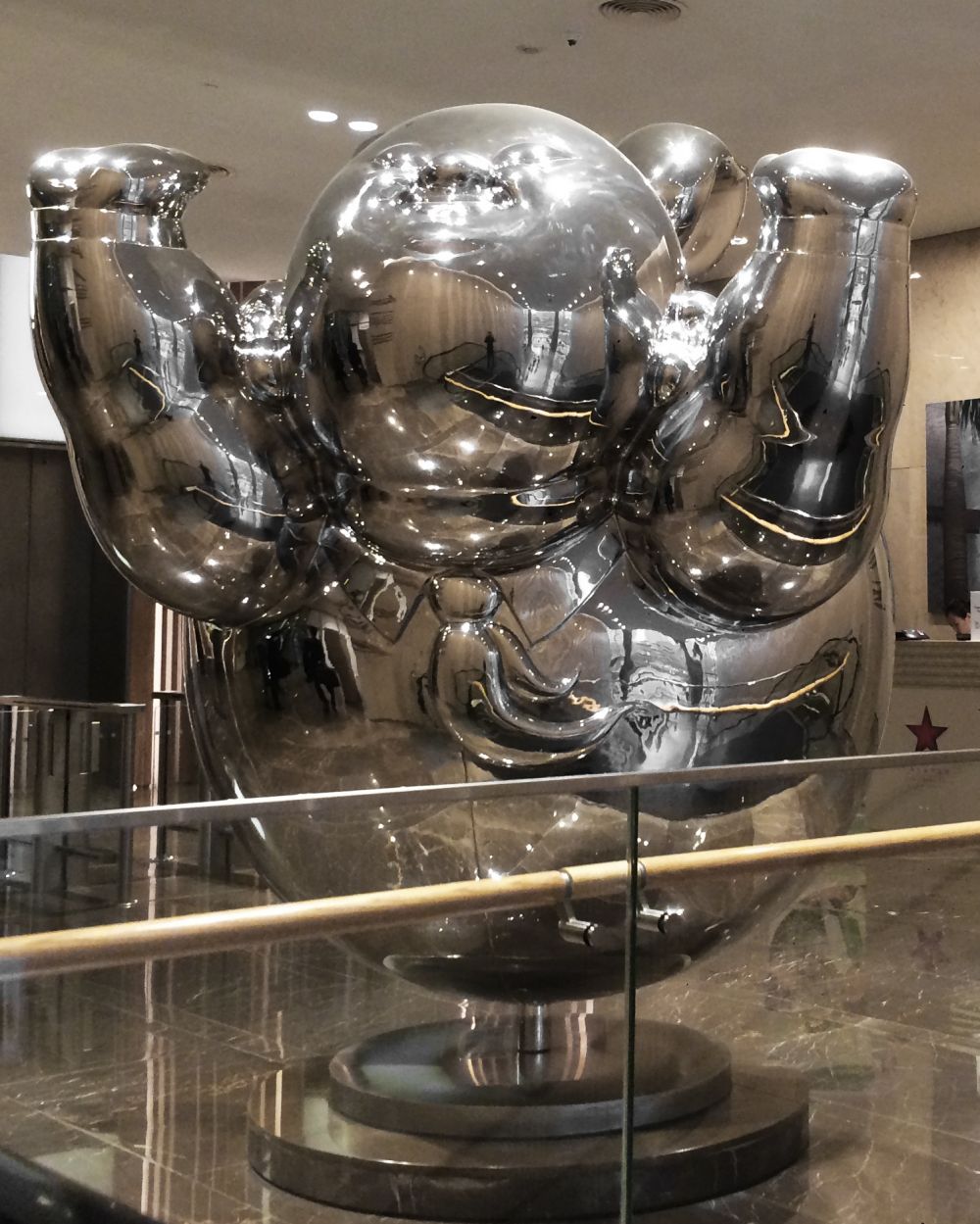 Another one of the artist’s works collected by CapitaLand stands in the Capital Tower lobby. As if poised simultaneously in mid flight with wings and mid fall  in composition, Gao’s work embodies the pursuit of hopes and ideals while grounded in reality. With its reflectoive surface, onlookers see their own faces, and in turn are encouraged to engage in a silent form of self-reflection and personal interaction with the lobby centrepiece.

Xie’s bronze sculpture stands in the outdoor level of the garden residence at D’Leedon. Chinese sculptor Xie Ai Ge's Infinity Tree features a man scaling a tree, yearning to reach out and grasp at a golden bird. Barefoot and focused on his simple, primal task admist a scenary of highrise buildings, the scene is set up to be nostalgic and reminiscent of simpler times, with even a rustic, country feel. The bird is symbolic of hopes, dreams and freedom, and the gaping distance between the human figure and the creature seem to suggest the rift and loss of touch mankind has with spiritual enlightenment. This is further emphasied by the contrast between the bleached shades of the man and the tree against the vivid yellow if the bird, standing as a sophistocated, subtle reminded of the sublime in our human existance. 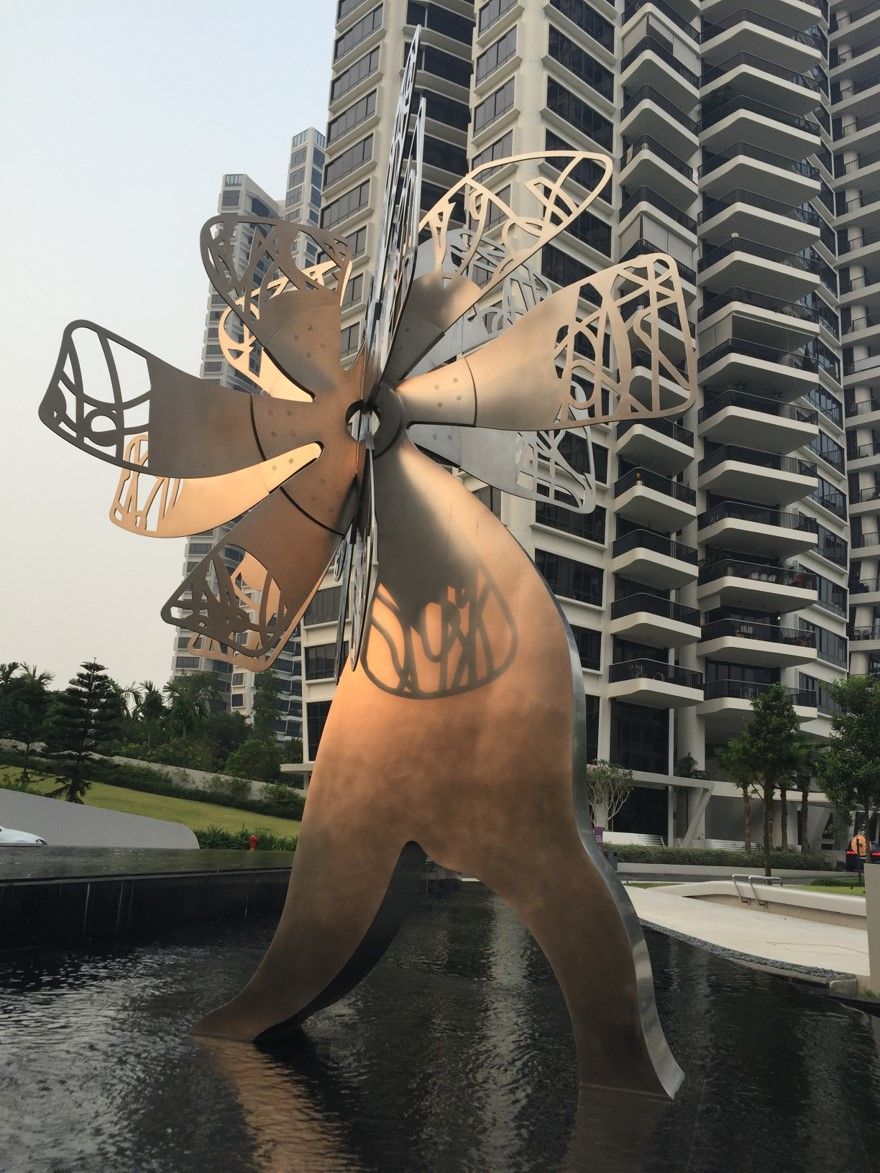 Standing at the outdoor recreation grounds of D’Leedon Condominiums  is a large steel sculture crafted by Lebonese artist Nadium Karam, potraying the beauty of nature in urban environements. Standing tall on its anthropormorphic two legs with its metal frame, Karam’s sculpture is seemingky delicate and lively, its perforated petals and open posture facing the rising sun and casting intricate shadows across the pathways around the fountain area where it is located.
Benar Venet: LGB Tower @Kuala Lumpur, Malaysia 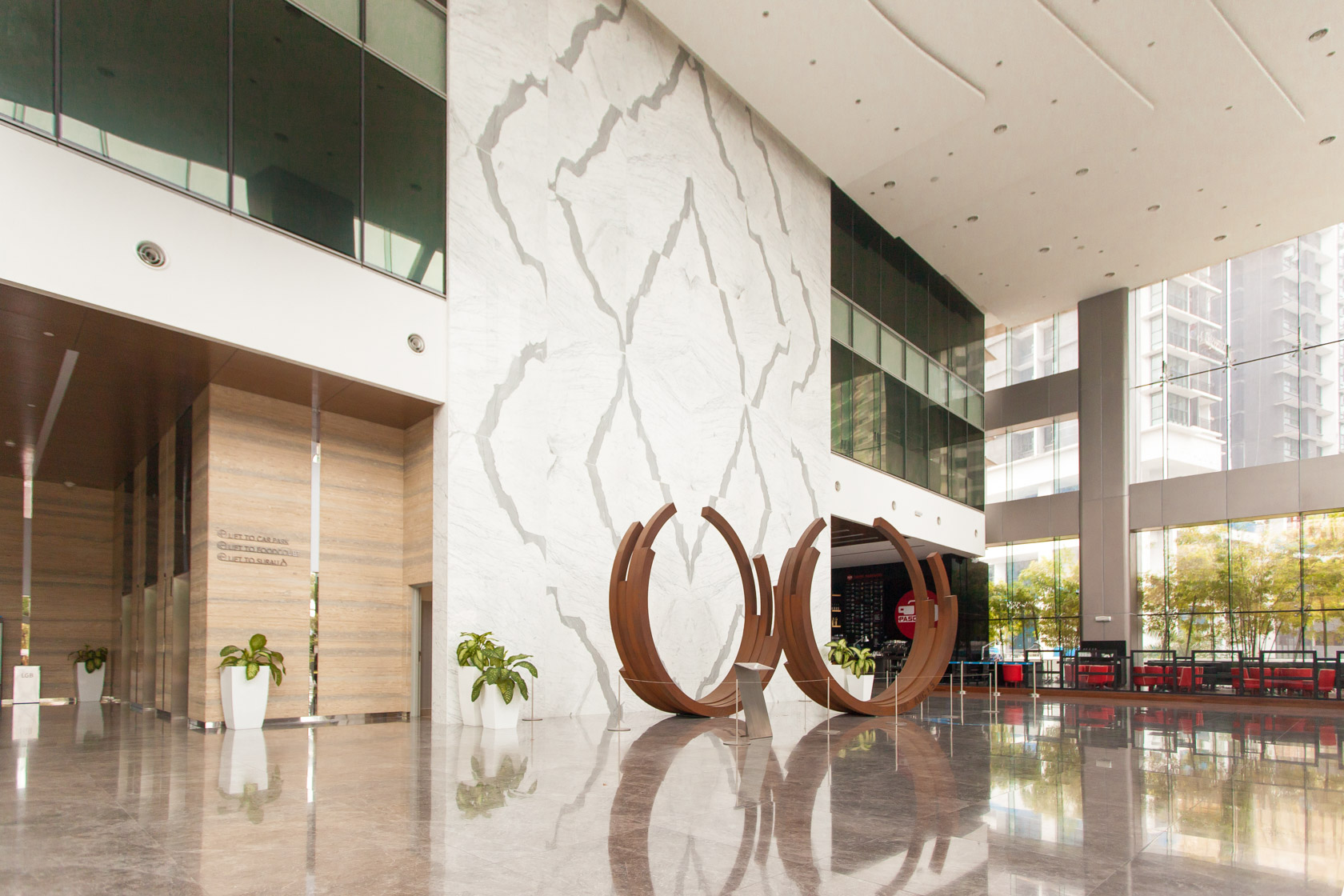 Venet is famed for his innovative and conceptual designs,  rooted in geometric theorems and graphic imagery of mathematical formulas.  Elegant and minimalistic, Venet’s series of ‘Indeterminate Lines’ are composed of twisted metal arcs that conjure mental images of circles from each segment. On of his large commissioned pieces stands in the LGB Tower’s main lobby, symbolizing infinity, and an unbounded journey upwards. The grand arcs also represent the strength of the human will through the bending of the metal, showing how mankind can tame even what was once thought to be the most stubborn of materials. 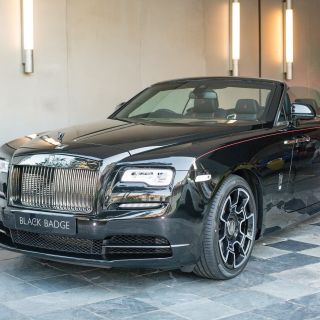