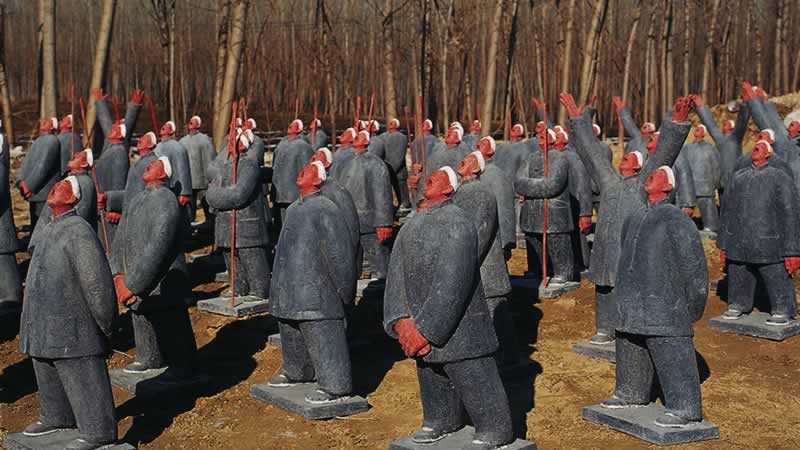 “The East is Red” is a song from Shanxi that has been sung for almost half a century. The series represents people residing in the revolutionary areas who still abide by their old lifestyles and anticipate the coming of happiness. The colours of black, red and white are reminiscent of lacquer produced in the Han Dynasty and the shapes of the men themselves reflect Qin and Han Dynasty sculptural forms. Depicted is the humility and simplicity of the Chinese farmer, adorned in northern Shanxi garb of quilted cotton jackets. The red is symbolic of passion, blood and revolutionary fervour.