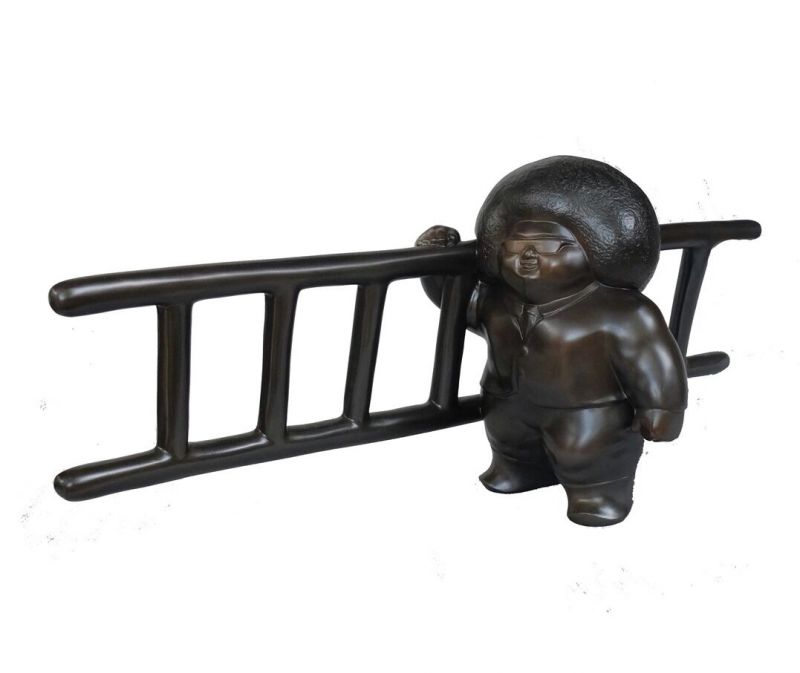 Adi Gunawan shows a figure, clad in a suit and sunglasses, holding a ladder in Ladder of Success II. The ladder symbolises progress, and ultimately, success, with each rung leading to an elevated state of achievement. The bulbous figure appears joyful and satisfied by his journey with the ladder, as he no longer needs to climb it, but rather now holds it in his arms. Through this work, Gunawan shows how happiness and success do not have to be mutually exclusive.