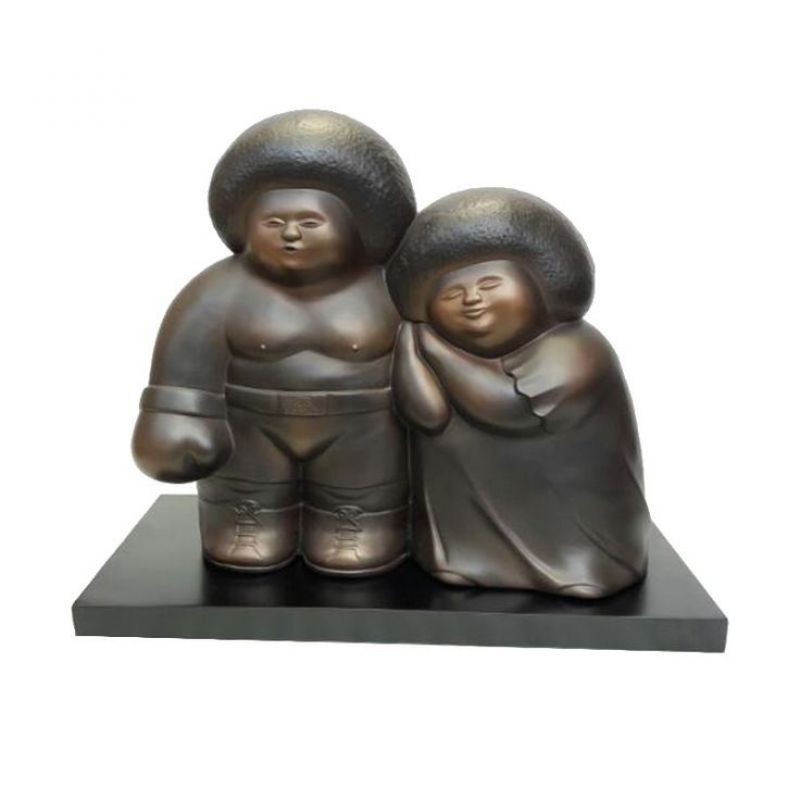 Adi Gunawan uses curves and rounded figures to great effect in creating a sense of comfort and warmth. In Sandaran Hati, this is done once more, with both figures bearing contented smiles as they delight in each other’s company. This sculpture conjures feelings of belonging, safety and happiness, with the woman leaning on the man for support.