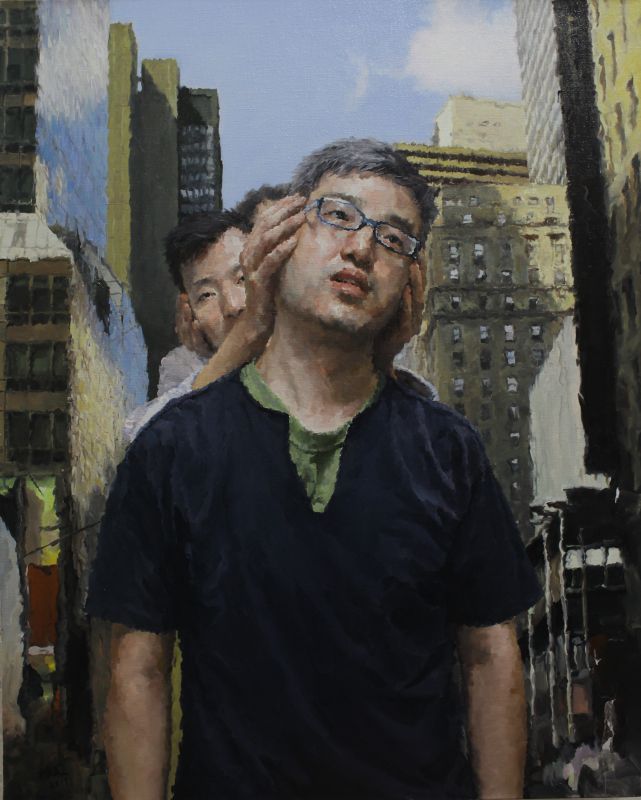 A series focused on the ignorance and misguided views of our modern society, Deng Cheng Wen has characteristically depicted his subjects with their eyes covered by the hands of others. However, in ‘Hearsay is True’, the train is broken and walkers are seen with their eyes open. Surprisingly, instead of freedom and enlightenment from being able to see, hands of others are still present, directing the foremost walkers gaze in a particular direction. Powerfully symbolic, the artist shows us that often, even those who thirst to see and know, only see what we are shown or led to believe. Our eyes may be open but what we see is directed by what others wish us to view.