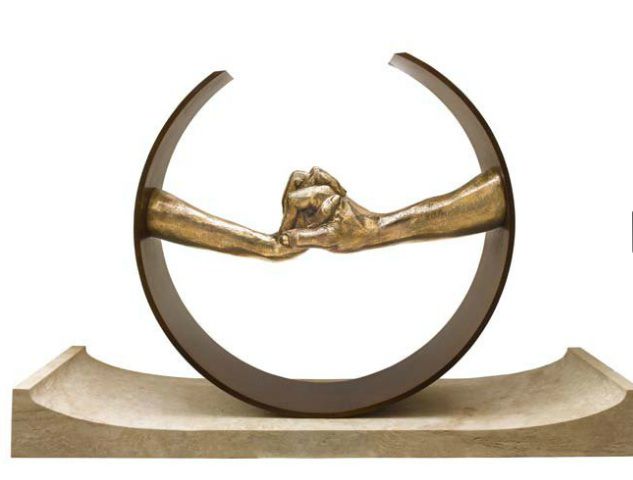 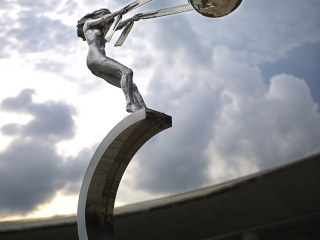 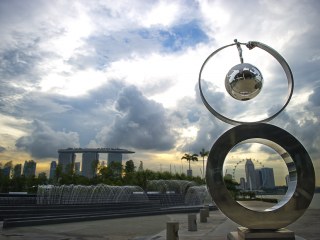 A symbol that has become synonymous with Lorenzo Quinn's work is the human hand. "The reason I sculpt the hand is because I need to communicate in a universal language," he claims. Here, two hands come together in tight clutch across a void, forging an emotional connection that represents the passion of love.