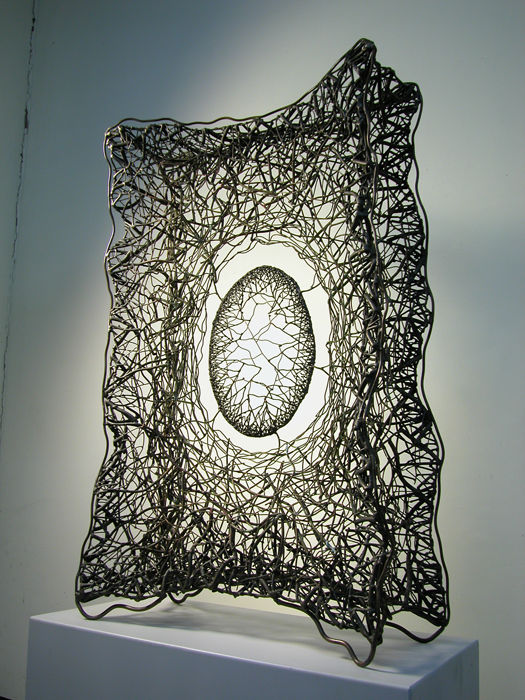 Several keywords express sculptor Choi Tae Hoon. Among the more popular ones are steel, and plasma method he employs in his manipulation of steel, and light that is revealed as a property of his manipulated steel. Although its idea easily mingles with light, it may be dared to express the final result as a hole. Steel, plasma method, and light all come from and return to the basic and primitive essence of hole. In other words, as steel and plasma method are the means to a hole, light is the resultant phenomena of the hole. So it is, that purpose and essence that lie beyond its means and phenomenon lie within the involuntary and primitive, the hole. Trying to understand the sculptor through the keyword hole is quite interesting because each hole is a novel creation: it is always the same hole but a different opening.