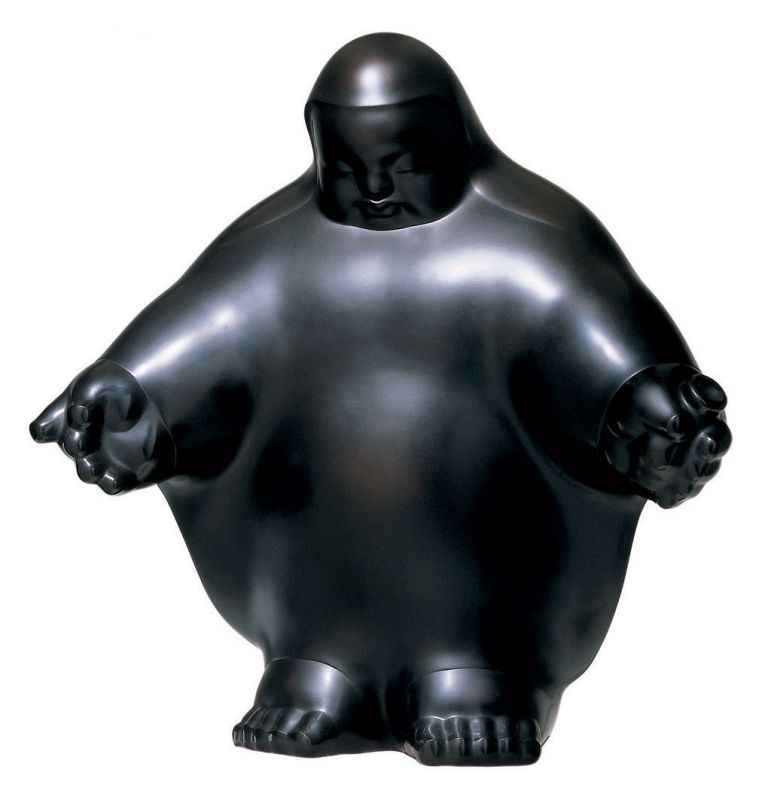 ‘Avalokitesvara’ is the bodhisattva (“Buddha-to-be”) of infinite compassion and mercy, beloved throughout the Buddhist world. Avalokiteśvara embodies the compassion of all Buddhas and is venerated as the ideal of karuna, the activity of compassion in the world and the willingness to bear the pain of others. Li Chen composes his figure with arms wide open, in a gesture of openesss and surrender- a willingness to accept, comfort and unencumber all who approach. Beyond the spiritual idealism, Li Chen’s form carries a simplified space between sculptural line and texture, melding them into one, embellished by the myriad of surface effects under light and shadows.