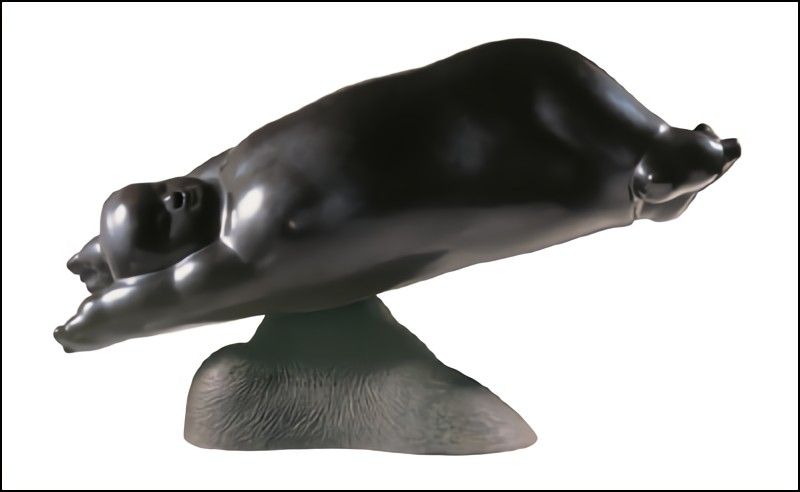 In ‘Pure Land’, Li Chen seeks to take the image of Buddha or Bodhisattva back to infanthood or childhood. In this context, the artist seems to subscribe to Laozi and Zhuangzi’s philosophical ideas and aesthetic of being “like a child”. Here, the child lies or almost floats unburdened on top of a mountain peak, often considered sacred places in Buddhist beliefs, seemingly lost in another dimension. From a physical perspective, the sculpture seems unstable, but Li Chen cleverly manipulates the form and expression, to create a carefree, innocent sculpture of a child resting on a mountain top. The full forms and lines of this work contain a powerful tension and energy, and the use of Chinese Lacquer also adds a remarkable effect on the façade of the bronze material.