More works by Kim So Hyoung 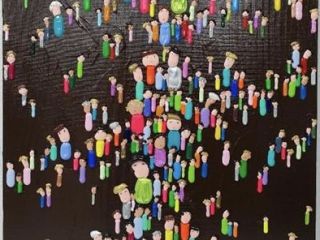 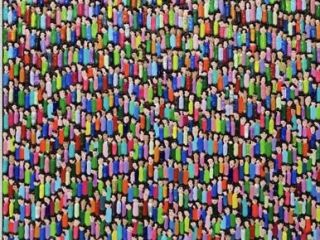 Kim's tiny impastoed figures litter his canvas in a manner that is seemingly chaotic, with hundreds of colourful strokes making up a convoluted and striking pattern of lines and dots. But there is a unique synergy to each one of his works, where upon closer inspection each small figure has an individual presence in the painting and plays a part in making the work a cohesive and aesthetically pleasing whole. In this piece, the figures appear to move in waves, almost in line with one another in a maze-like pattern. Here, Kim's work is humbling as it reminds us of the smallness of human existence and forces us to confront our own individuality in relation to others.