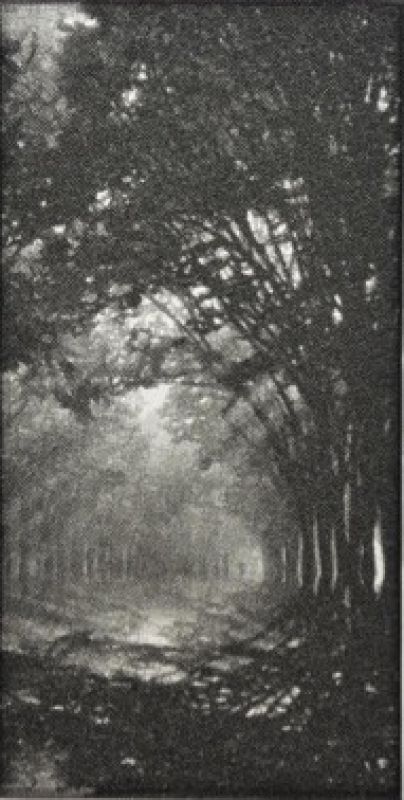 Korean artist Park Seung Mo demonstrates his ability to transcend the boundaries of convention, as he reinvents the traditional style of landscape art. While landscape works are commonly linked with painting, Park instead uses the unconventional material of steel wire mesh, strategically latering and clipping them to form captivating images. This work depicts a wood that is devoid of any recognisable human forms, and instead magnificent trees stretch towards, the sky. Despite the lack of human subjects, the work is highly atmospheric, stirring questions within the viewer of whether this scene is one of reality or an elusive dream.