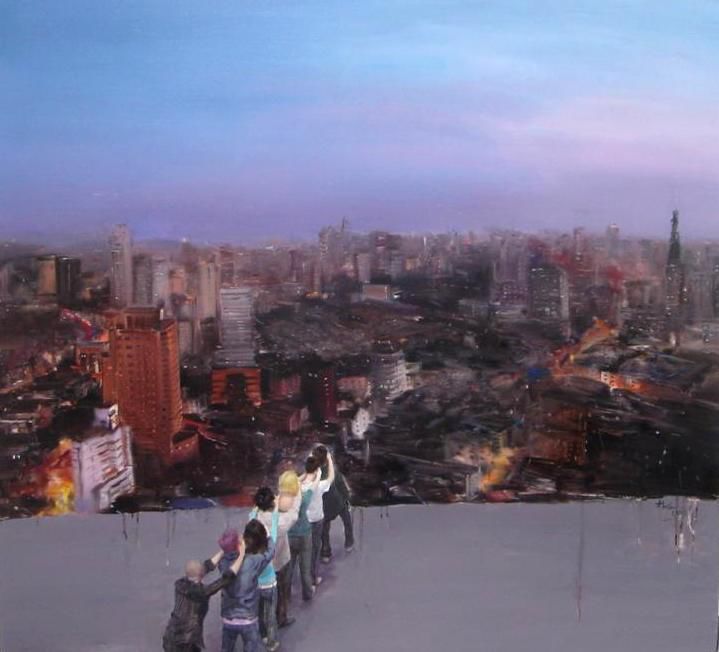 In this painting by Deng Cheng Wen, a group of men and women is seen walking on top of a building, close to the edge, all blindly following each other and oblivious to their imminent fall. This compelling and pertinent work reflects the artist's generational ideals. The grimness he depicts in his walkers' attitude is evident in the landscape - with calamity all around, they are falling into a city of fire and destruction. Dark and eerie, the surrounding seems to be covered in ash, having suffered from a destructive fire. Where everything evokes desperation and distress, belief is suggested in the artist's depiction of the sky: clear blue, free from clouds or pollution of the city, sparking hope. However, if indeed hope is present, Deng shows no intention of removing the walkers' hands from their eyes, nor does he intend to bring them away from these dangerous settings, aware that changes can only occur within the blind walkers themselves.