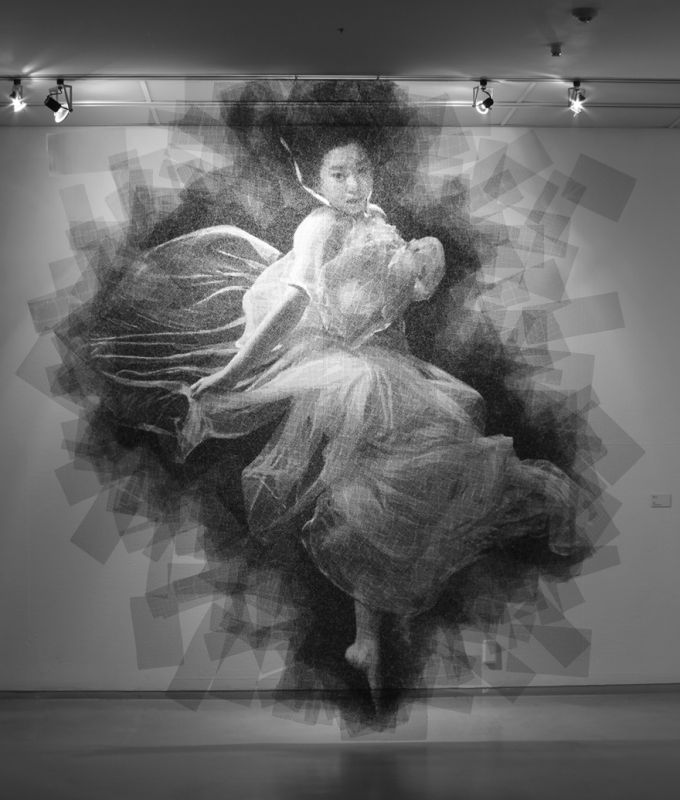 Park Seung Mo’s captivating works are greatly influenced by his time spent in India, and a period of time where the artist hunted for a model that resembled a woman he once met in his dreams. Layers of wire mesh are strategically clipped and placed together by Park, and are illuminated by light to exhibit their transience. In this work, an image of a woman is present, who appears to be dancing ‘En Pointe’ and gazing towards the viewer. The work is highly atmospheric and haunting, as Park illustrates his memory of a dream, while simultaneously conveying the longing contained within it, and how the image remains forever elusive, both for us and him.