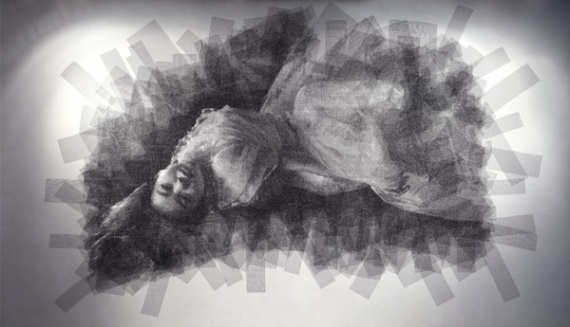 Korean artist Park Seung Mo creates stunning and captivating portraits, through his painstaking technique of layering and manipulating frames of wire mesh. In this work, a portrait of a woman is created, who appears to be lying and gazing towards the viewer. While the work itself is photorealistic, it has a dream-like aura, that is ethereal and hauntingly evocative. The woman’s gaze transfixes viewers as it bores deep into us and we yearn to learn more about her and her circumstance that has been captured. Yet ultimately she remains frustratingly ambiguous and elusive, like a beautiful mirage that we are unsure if we are really seeing or simply dreaming.