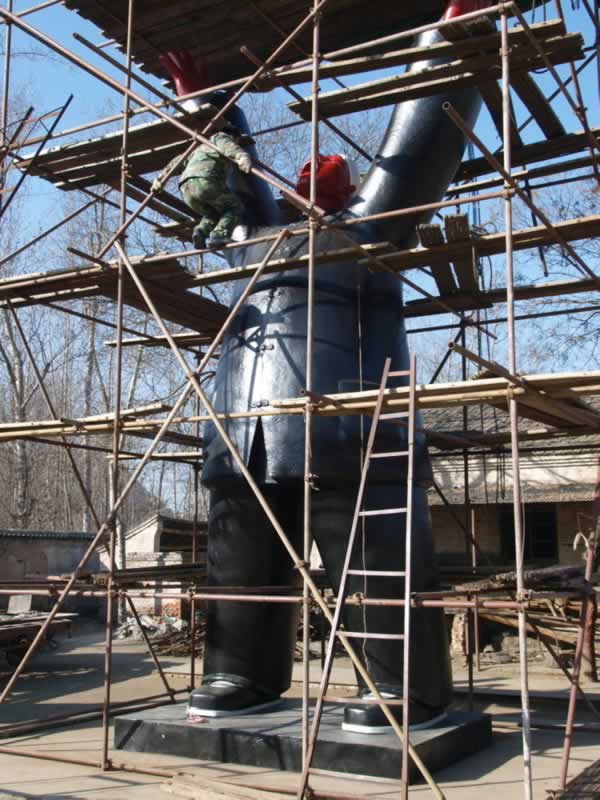 Liu was born in Jiaxian County in northern Shanxi—the hometown of the great song The East is Red. Rich and splendid civilizations along the Yellow River and Loess Plateau provided him with plenty of inspirational material. His East Is Red Series depicts earth warriors with triumphant stances exude bravado, and their mouths agape in resilient shouts. The figures are adorned in the humble northern Shanxi garb of grey quilted cotton jackets, while their red colouring provides a striking visual contrast that is symbolic of passion, blood and revolutionary fervour. Cultivated with skill and endowed with meaning drawn from the heart of his Chinese heritage, Liu Ruo Wang brings us the essence of a childhood fascination cradled in timeless representation.