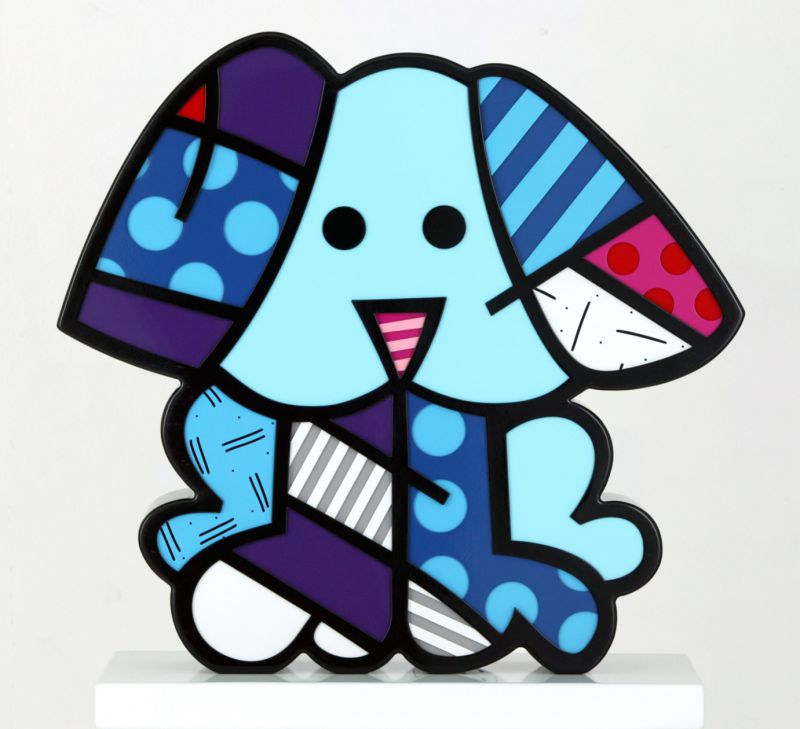 'Azul', meaning 'Blue' in spanish, is another recurring character in Britto's oeuvre. Animals are common subjects in Britto's art world, including anthropomorphic hybrids. The Blue dog, however, has come to become one of his most easily identifiable sculpture figures, and can be seen in collections around the world. Artwork © Britto Central, Inc