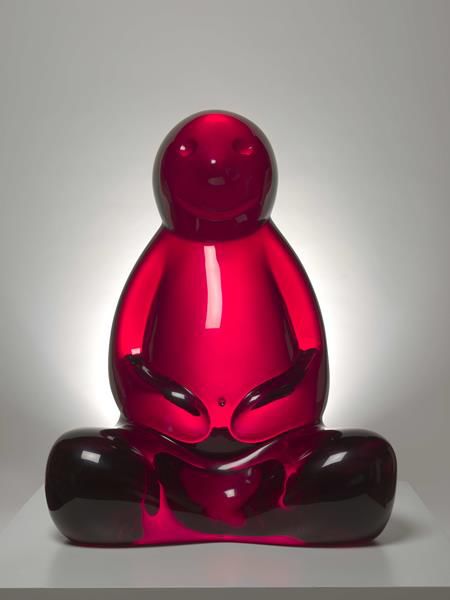 Mauro Perucchetti revisits the idea on the definition of religion and the deviance of society. A Buddha - in the style of the artist’s reoccurring Jelly Baby, is meditating in peace, blockading all external hindrances and distractions. The Buddha is significant as a symbol of higher enlightenment, a divine stature that elucidates moral and spiritual ideals. By creating the figure alike his Jelly Baby, Perucchetti re-portrays Buddha in a contemporary context, with affiliation to our societal desires of new ideals. It makes a remark on our consumption culture, about people in the pursuit of material things instead of human morality and spiritual insights.