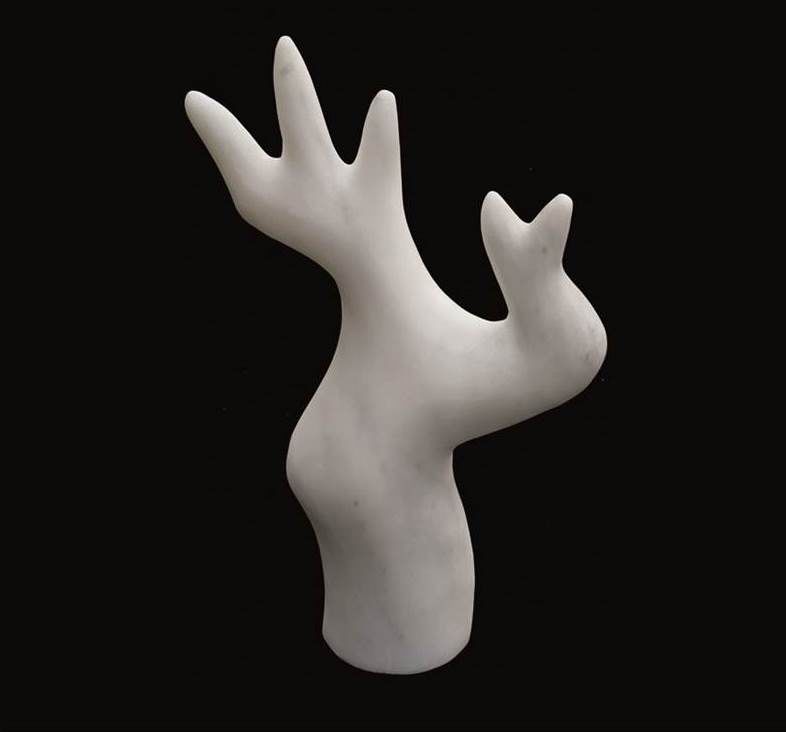 Sculptor Han Sai Por (b. 19 July 1943, Singapore - ) is well-known for her sculptures carved in stone, bringing to life figurative forms and organic shapes from hefty granite blocks. She has exhibited her works internationally in Southeast Asia, China, South Korea, North America and Europe. Some of her works are on permanent displays in hotels, libraries and Mass Rapid Transit (MRT) stations in Singapore as well as parks in Malaysia, Japan, United States and England. Han was awarded the 1995 Cultural Medallion for her contribution to art.

Han came from a poor family. One of six children, she was born on 19 July 1943 during the Japanese Occupation. Unable to afford proper housing, her family lived as illegal squatters in a house constructed of cardboard boxes and coconut leaves in Changi. Han's uneducated mother had to scavenge at nearby Changi beach to support her family, as her father was often sickly. However, poverty did not stop Han from having a childhood that was 'happy and free.' An active girl who loved the outdoors, Han enjoyed going to the beach where she would make sand figurines of animals. Her childhood experiences made her appreciative of nature and instilled in her a sense of adventure and exploration. At the age of 10, Han was first introduced to the enthralling work of Michelangelo's sculptures, gleaned from a book Han's mother had bought for her.

In the 1970s, Han worked as a full-time teacher after graduating from the Teachers' Training College in 1968. Art was considered a luxury for Han. For two years, she took up part time courses at Nanyang Academy of Fine Arts (NAFA). Only after saving enough money did she venture abroad to the United Kingdom in 1979 to pursue a degree in fine arts. To make ends meet as an undergraduate, Han took up jobs as a waitress, hotel maid and even a cook. Upon her return in 1983, Han became one of two teachers to kickstart the Arts Elective Programme at Nanyang Girls' High School. She was picked because she had the necessary art education and was herself a practising artist. In 1987, Han went into part-time teaching at NAFA and Lasalle-SIA College of the Arts in order to support her work as an artist. Thus, her art career bloomed in the midst of a constant juggle between family life and work, with continual tension between time and money.