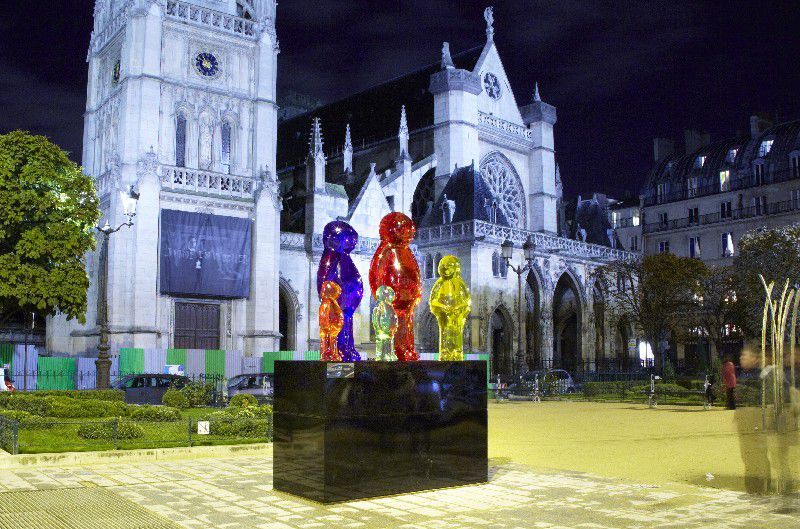 The Jelly Baby sculptures by Mauro are one of his most iconic ones, embodying much of his stylistic considerations artistic theme. Their rounded and clear forms capture the semblance of human contours, yet preserves an ambiguous tone that resonates an impersonation of cloned mankind. Mauro’s main purpose of these sculptures is to explore humanity and the human form in contemporary context, enacting inherent differences and similarities that we share as a collective species. When the Jelly Baby sculptures are placed together as a family, a new meaning is transcended, one that considers child-like innocence and preciousness of family.