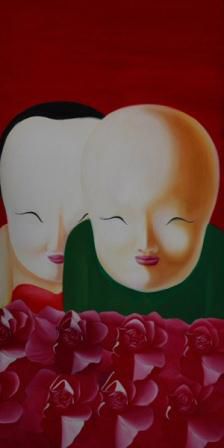 Chinese artist Tong Zhengang follows the aesthetic rules of traditional painting, and his analysis and representation are based on his personal understanding. His brushwork manifests his experience and instinct, which is a reflection of the painting language and psychological state of human. Tong is not interested in the conventional artistic style; he rather selects the artistic devices from his own judgment and need. He does not handle concept and skill in a rational manner, but his sensation is dominant in his paintings due to the fact that rationality will lead to rigidity, but sensation can bring spontaneity, freedom and ingeniousness.