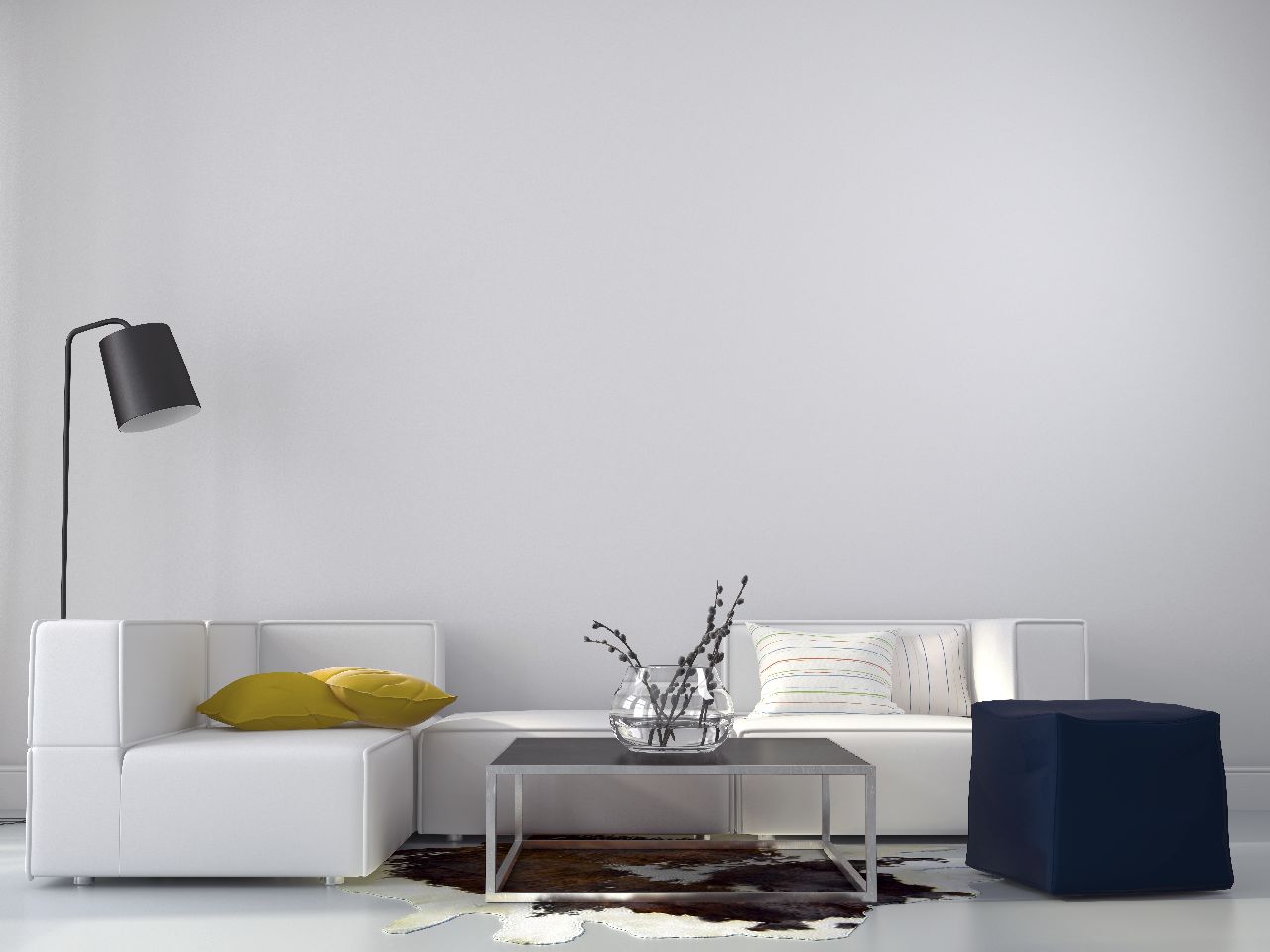 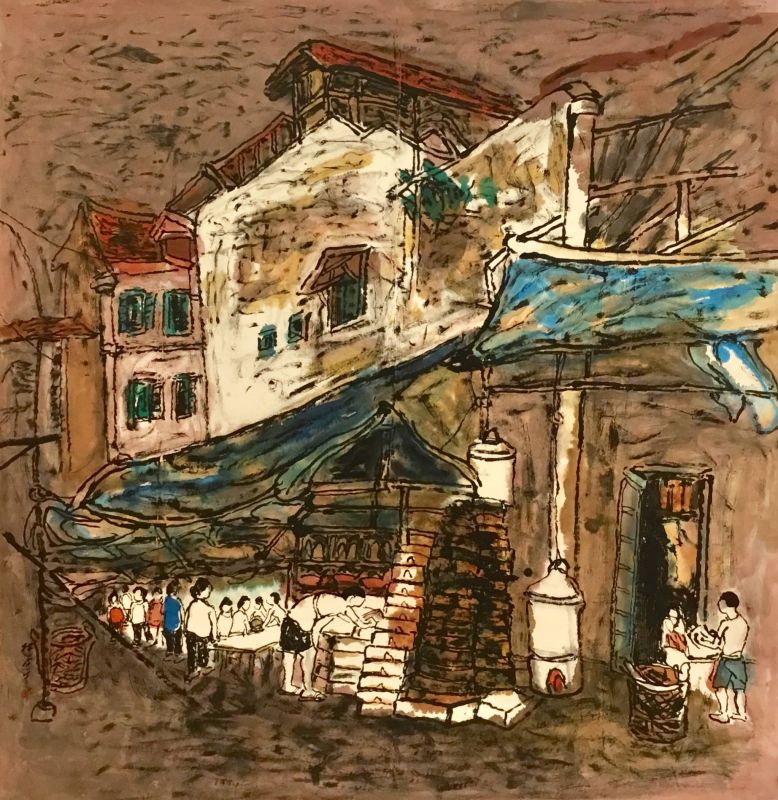 This painting by Lim Tze Peng depicts a street in Singapore, where numerous people congregate at eateries beneath shophouses. Lim demonstrates his skillful use of colour in this work, in which brown is the predominant colour used, which emphasises the nostalgia of the subject depicted, as well as the rustic nature of the environment. However the artist imbues the work with energy through colour washes, using both warm and cool tone colours such as the cool blue and warm green, which creates a vibrant visual contrast. His quick and bold brush strokes create an swiftness that generates feelings of invigorating dynamism, while the bold and confident lines articulate the defined forms of the architecture, tarpaulin and people, presenting this glimpse of the past with stark clarity.

Born in Singapore in 1921, Lim Tze Peng is one of Singapore’s most significant artists and a living legend. Renowned for his Chinese ink creations of post-independence Singapore, he also practices Chinese calligraphy. Alongside local and international exhibitions, his masterpieces are exhibited in prominent Singapore institutions and part of many prestigious collections. Lim has been bestowed several awards including the Special Prize at the Commonwealth Art Exhibition in England in 1977 and the prestigious Cultural Medallion in Singapore in 2003. In May 2012, he broke records with the sale of his works at a Christies auction in Hong Kong.