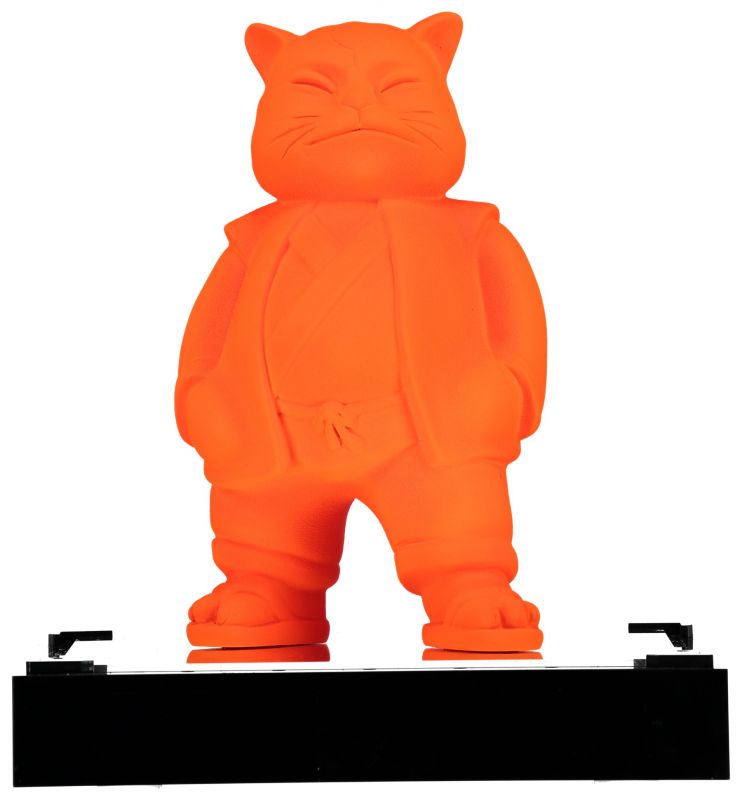 Japanese artist Hiro Ando is renowned for his youthful neo-pop aesthetic, in which he creates a contemporary dialogue between Japan’s past and present culture. In this work, Ando recontextualises the Japanese icon Maneki Neko (“Lucky Cat”), within the hyperreal mass culture of the modern day, depicting it using a bright neon orange colour. Ando’s sculptures are strongly rooted in the complexities of Japanese history and society, yet are simultaneously thrilling and captivating, transporting viewers into the world of Manga that the artist’s generation grew up in.