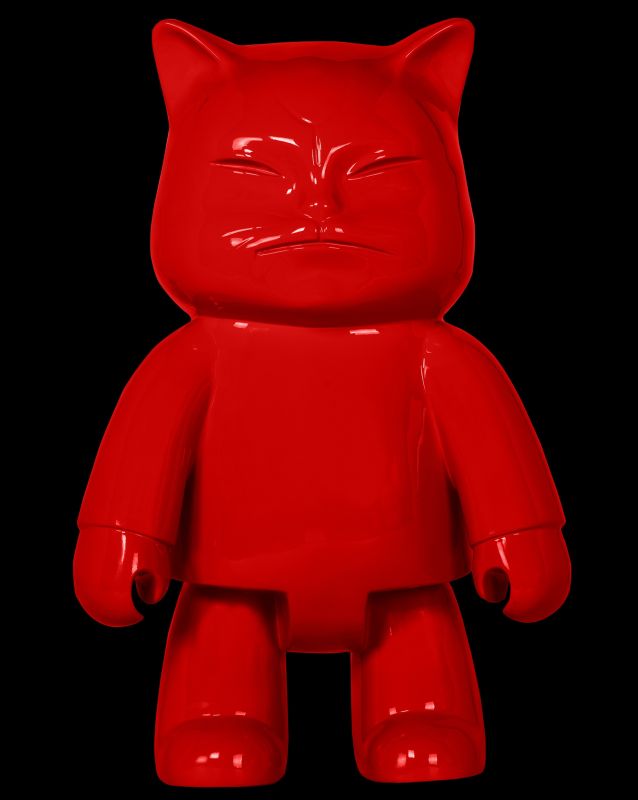 Hiro Ando’s captivating works are imbued with symbolism and wit, as the artist draws upon elements of Japanese mass culture and tradition to create a dialogue between past and present. This sculpture features Japan’s beloved cultural icon “Maneki Neko” (Lucky Cat), a recognised symbol of wealth and prosperity. Yet this icon appears to have been given a playful mechanical upgrade, as it is depicted in robot form, with a bright red colouring and glossy surface conveying a sense of urban modernity. Robocat thus is a tribute to Japan's current status as an expansive technological hub, playing on modern-day aesthetic constructions of robo-tech and artificial intelligence.