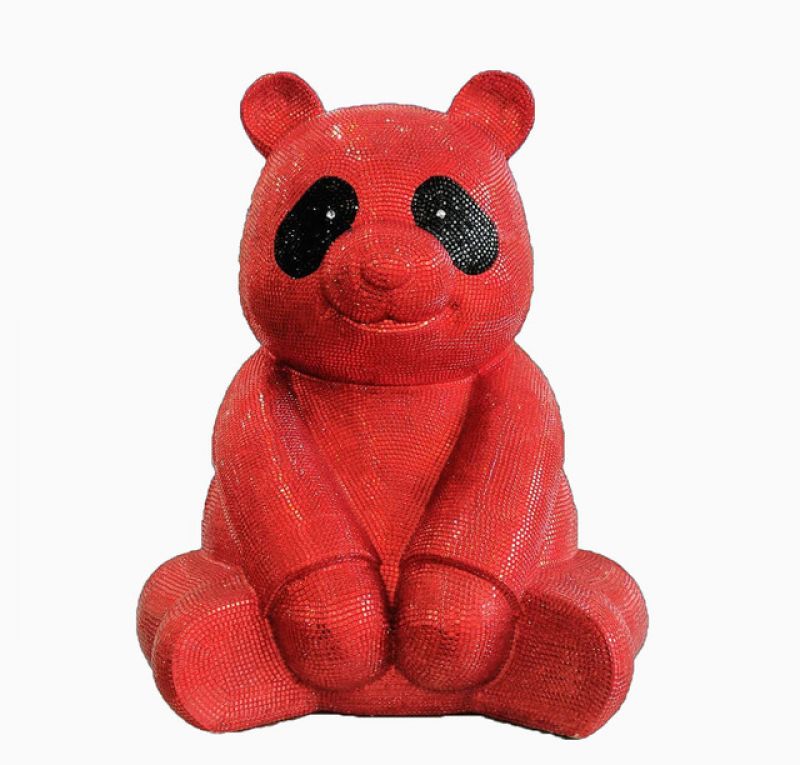 Japanese artist Hiro Ando is known for his colourful sculptures, which are his interpretation of both Japanese popular culture as well as tradition. His work conflates Japanese icons like Hello Kitty, the Samurai, and in this case Pandas, to create a dialogue between past and present. Through this work, Ando recontextualizes the Panda, a national icon, by covering it in bright, multi colored diamonds. The shiny sculpture, its bright colours and sharp but rounded shape takes the viewer into the world of Manga in which Ando and his generation grew up with, and provides a youthful modern lens with which to view the tradition of Japan through.