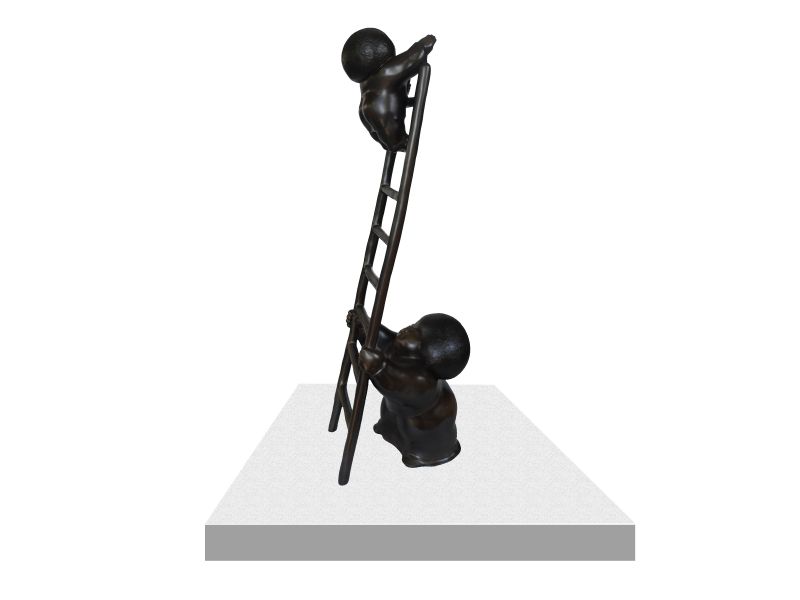 The relationship between human beings is assessed in this work, where a figure scales the heights of a monumental ladder, reaching for an unseen object of desire. Below him, another figure supports the base of the ladder, their strength the only thing keeping the precariously perched individual from toppling. The nakedness of the climbing figure contrasted against the clothed, basal figure further suggests the vulnerability and dependence we have on each other and the necessity of teamwork in order to reach greater heights. Here, Gunawan seeks to remind his audience of human fragility and the importance of kindness on earth.