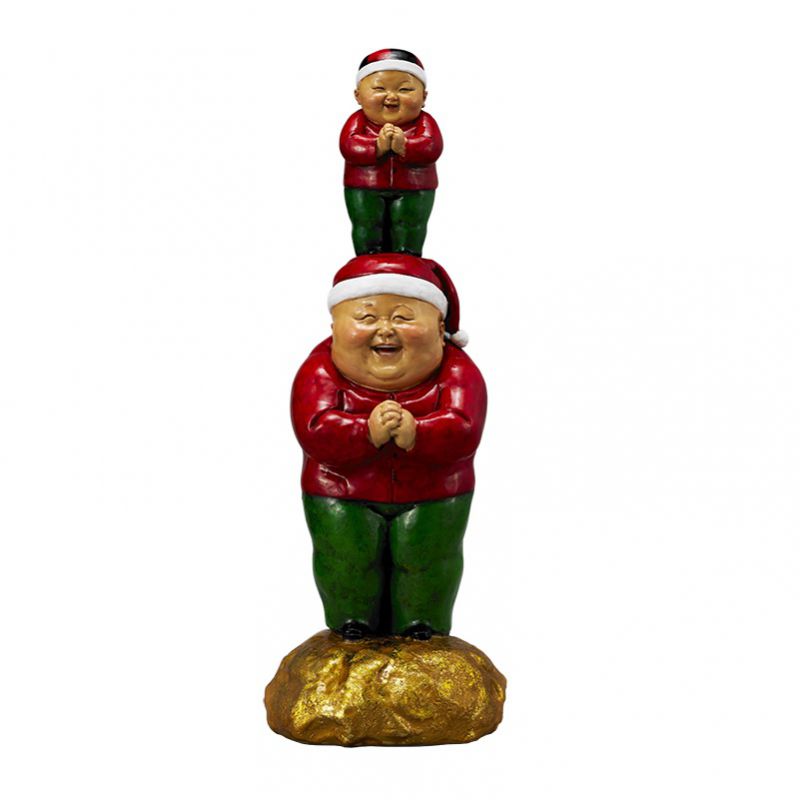 Jazz Friend gift This is how Guangci wishes everyone a happy new year in a humorous way. The two little fat people, child and adult, step on golden clouds and say “Kung Hei Fat Choy” to all. Every day, wealth is a test that ordinary people have to face. By the position of the two people, Guangci tells us that we have to avoid imbalance in the pursuit of fortune. The two people, a reference to the god of wealth, are the combination of Chinese and Western elements, bringing best wishes to every corner of the world.

Famous contemporary Chinese sculptor Qu Guangci was born in Shanghai in 1969, and received his MFA from the China Central Academy of Fine Arts Sculpture Department. Since 1999, Qu has been invited to exhibit his works around the world, including China, Germany, France, the United States and throughout Southeast Asia. Qu Guangci has shown his work in multiple solo and group exhibitions. He resigned from his university teaching position in 2007 to found X+Q Sculpture Studio, together with his wife, Xiang Jing.