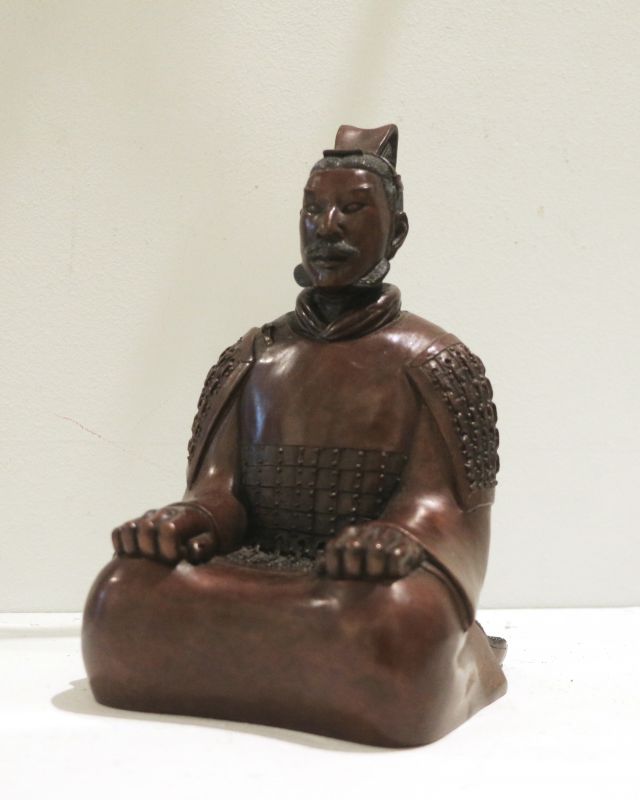 As if raised from the soil of the Loess Plateau itself, the earthy warriors of Liu Ruo Wang spring forth in magnificent stances of bravado, mouths agape with resilient shouts. Their red faces are symbolic of Guan Yu, the great general, and of loyalty and righteousness. The bronze soldiers proudly wear their Northern Shanxi garb, resplendent as beacons of cultural language and homage. Derived from myth, sculpted with skill and endowed with meanings drawn from Chinese heritage, Liu Ruo Wang brings us the essence of a childhood fascination cradled in timeless representation.