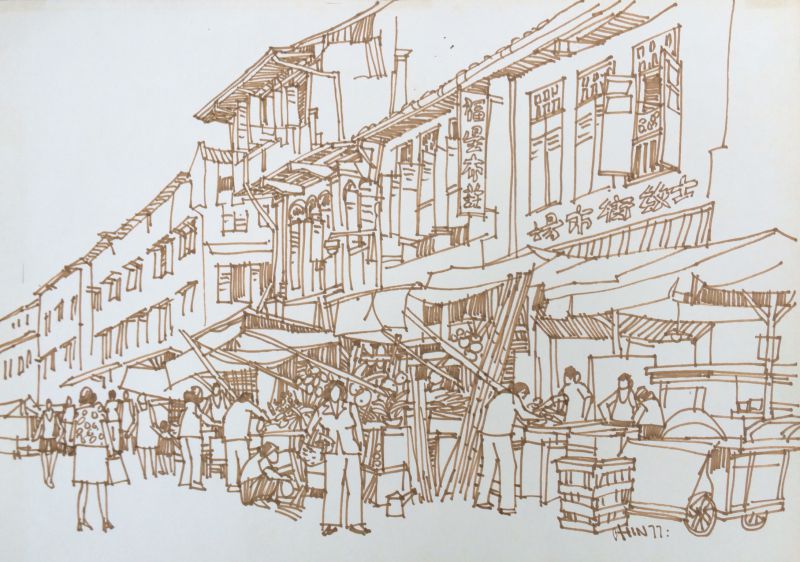 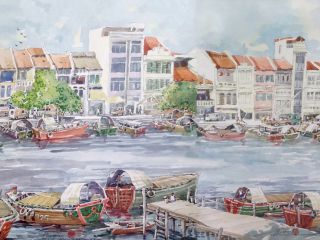 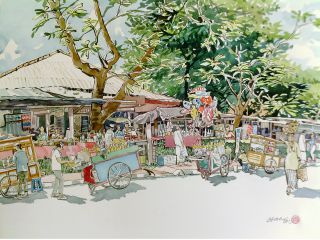 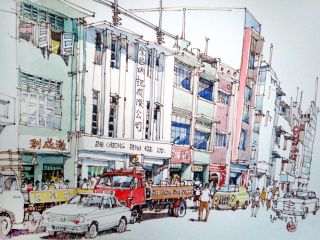 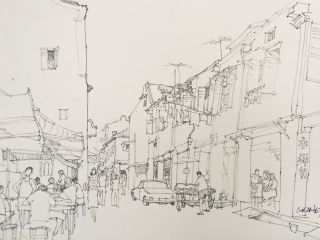 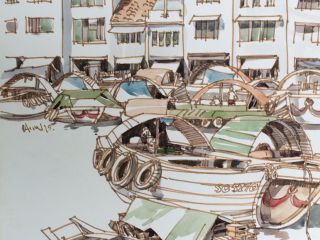 The everyday lives of Singaporeans, back in the seventies, are captured in this painting; transporting us back to a time much simpler. Herb shops were a commonplace in marketplaces in the past. This painting offers us a glimpse of how these herb shops were then, contrasting with the often sleek and air-conditioned shops we have now.