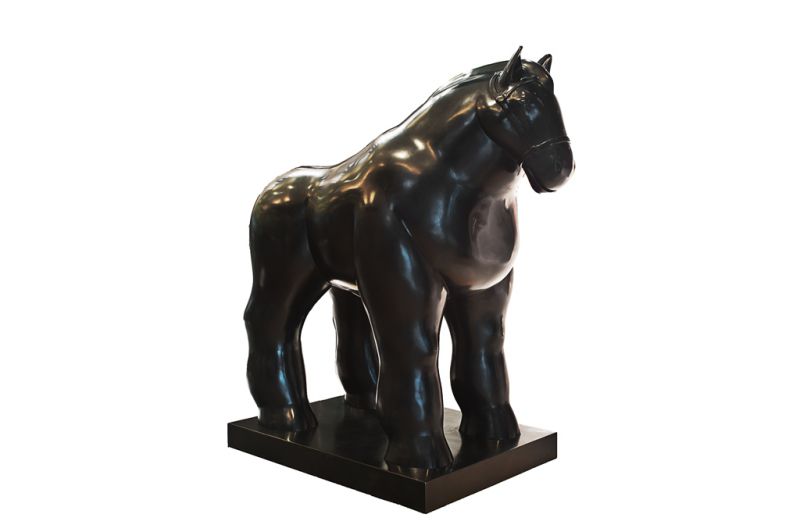 Internationally recognised artist Fernando Botero is widely known for his voluptuous works featuring humans and animals, with the iconic ‘Boterismo’ style applied to create an exaggerated rotund figure. Sculptures allow Botero further exploration of his subject’s plump flesh, and he harbours a particular fondness for horses, stemming from watching his father ride on horseback for business during his childhood. This sculpture of a horse draws inspiration from the Trojan horse in Greek mythology, resembling its stance and distinction. Standing at attention, its strong black colouring and heavily weighted form create an aura of stoicism and strength, reflecting its competence and functional contributions to its owner.