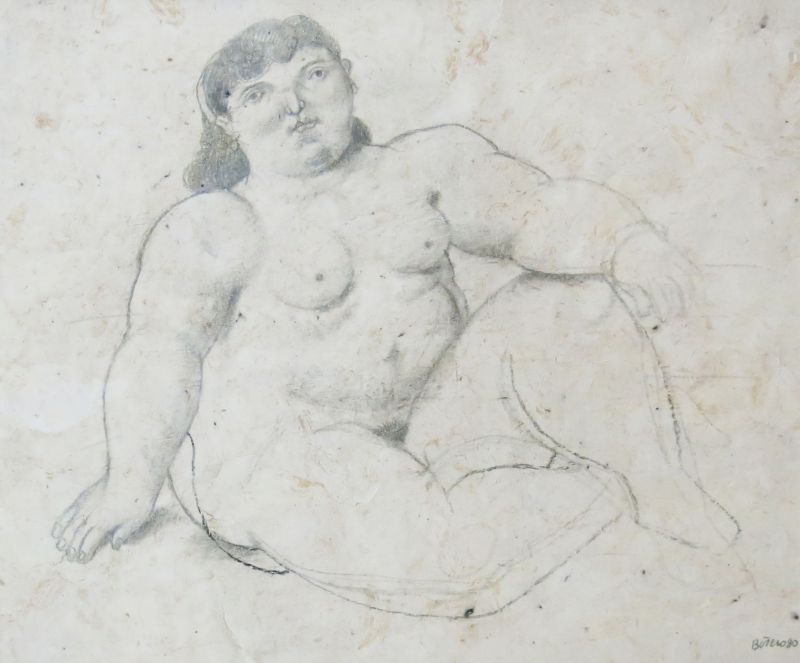 Women without any clothing have been a major subject of Art since the Renaissance, and the depiction of women with excessive flesh is not uncommon - from figurative painter Lucian Freud to modern-day contemporary Jenny Saville. The naked body or idealised nude has been an interest of study amongst artists. Botero draws a naked woman, posed in a composed seating position, displaying nonchalant gaze. The woman appears vulnerable, resigned to fate, undisturbed by her surroundings. The plight of the woman and her subjection to our judgement is due to her corpulent body, premeditated by Botero to conjure viewers to think about the body with individual and social considerations.