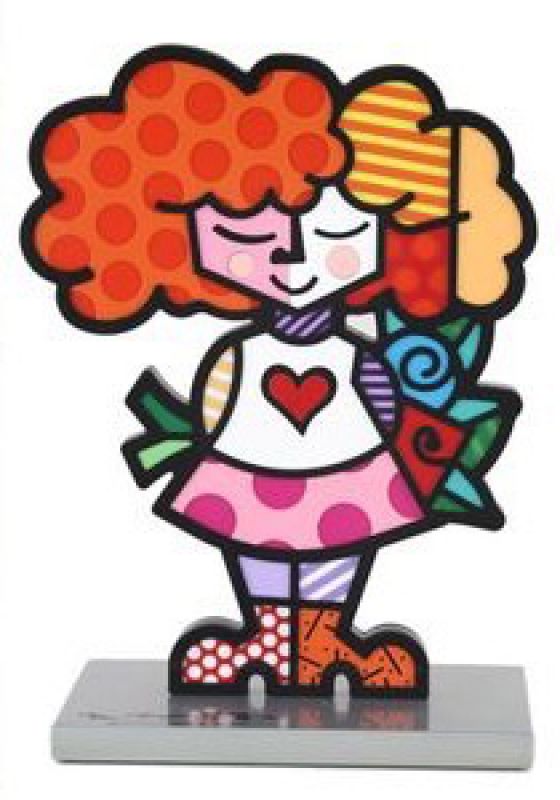 Travelling to Europe in 1993 to study the works of the canonical masters, Britto eventually moved to the USA where Pop Art was reaching its peak of recognition. Influenced by the masters of both the new world and old, the artist brought together his influences with a distinct touch of optimism that brought him immediate attention from the artistic world. Quickly escalating in popularity and recognition, Britto received coveted commissions beginning with the Absolut campaign that had previously included the works of Pop Art icons Andy Warhol and Keith Haring, and moving to the likes of BMW, Pepsi, the United Nations and Disney. The 'Good Girl' is a sculpture rendering of the artist's distinct and overt pop influences. Artwork © Britto Central, Inc