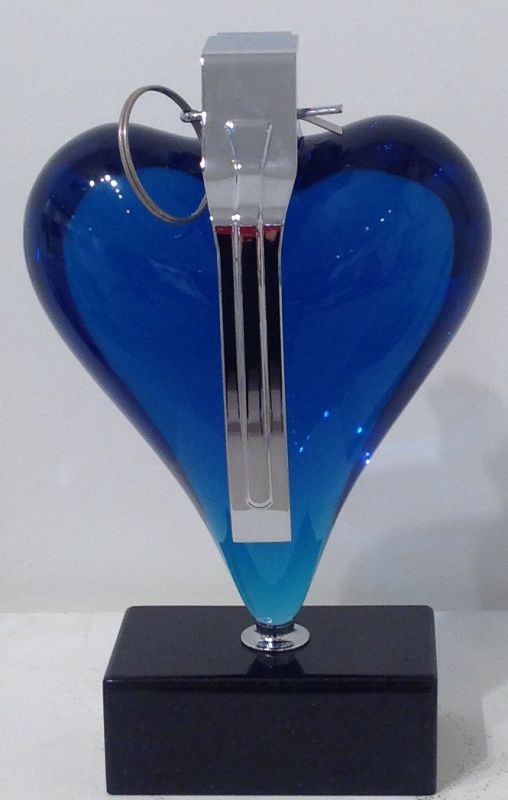 Mauro Perucchetti wittily incorporates the theme of love through the sculpture series titled "Power of Love 0.4". He creates hearts in the form of a grenade, explaining the two contrasting outcomes that this symbol can elicit on humans. On one hand, love can become destructive and harmful when it reaches a point of obsession. The grenade becomes a metaphor of the sorrowful aspect of love, often due to the pain and injury it can cause to those affected. Love, however, is more importantly desired for its constructive affect, bringing along with it other positive emotions such as happiness, joy, concern, and patience which are critically lacking in the societies today. On the other hand, the grenade can be viewed as an instrument to influence a vast expanse - when a heart explodes and affects an entire society, then it is when it becomes a positive means towards widespread love.